There’s been a break in the barrage of Nordic Noir hitting UK television screens but, as HANNAH ELLIS-PETERSEN explains, hold just a little longer because there’s much more to come…

A fog cloaks Oslo, so thick and impenetrable that every pedestrian becomes a looming shadowy spectre as they pace the icy pavements. They’re not actually doing anything suspicious – shopping, going to work, cautiously jogging – but thanks to endless exposure to the phenomenon that is Scandi noir, it’s hard not to think that everyone is a tortured detective or hiding a grisly secret.

Yet while Danish and Swedish dramas have had their grip over British audiences for several years now, Norway’s contribution to the Nordic noir obsession has been somewhat muted up till now. As Nicolai Cleve Broch, one of Norway’s most successful actors, says: “Norway has always been like the kid brother in the relationship between Denmark and Sweden. We always looked up to what they do – but it takes us a few years.”

This year, four Norwegian-made dramas will make their way to British TV screens. Acquitted, Eyewitness and Valkyrien were all picked up by Channel 4’s “Walter Presents” and dabble in not just murder but intrigue, survivalists and confused sexuality. In another export coming later, Young and Promising, the noir element is dropped entirely in a female-driven exploration of the frustrations of being young and reckless in Norway today, with characters closer to Girls’ Hannah Horvath than The Killing’s Sarah Lund.

Like The Killing, The Bridge, Borgen and Modus, these shows are all driven by complex characters grappling with inner turmoil. Yet they are not filled with the serial killers and bodies in the snow that have become such familiar Scandi tropes, and Walter Iuzzolino, who selects shows for “Walter Presents”, believes these Norwegian series mark a sea change for Scandinavian television. “Like The Killing, The Bridge, Borgen and Modus, these shows are all driven by complex characters grappling with inner turmoil. Yet they are not filled with the serial killers and bodies in the snow that have become such familiar Scandi tropes.”

Cleve Broch, who stars in Acquitted, the first of the Norwegian dramas which landed on Channel 4 in January, says that until recently, most quality crime drama on Norwegian TV had either been from their Swedish and Danish neighbours or from the UK. However, increased investment from big broadcasters NRK – their BBC equivalent – and TV2– their ITV equivalent – has meant that new production companies are springing up in Oslo, driving up the quality and ensuring that Norwegian programmes are now picking up international Emmys.

Valkyrien, which starts in June, is another export that is not so easily categorised. Rather than occupying the insular ‘hygge world’ of many Scandinavian dramas, it focuses on a doctor who performs experimental medicine in an underground bunker but also grapples with the global phenomenon of “prepping” people, often on the fringes of society, who actively prepare for a catastrophic disaster and often live entirely off-grid.

“As a script it was unlike anything I’d ever read before,” says Pal Sverre Hagen, who plays the lead role of Leif, an outsider who spends most of his life in tunnels under Oslo. “Norway is a small country so I see a lot of the scripts and this was something completely original.”

He based his character on a childhood friend who for fifteen years has lived in a community of people ostracised from mainstream society, whether they are refugees or those with mental health issues. Filming Valkyrien took him and the cast into the shadowy tunnels and sewers beneath Oslo, as well as on to the online forums where preppers around the world share their fears.

“When we shot the series there was such a feeling of change coming to the world,” he says. “The immigration crisis was just beginning and we are still seeing change happening which makes the world feel more unstable, makes our society feel more fragile than ever before.”

“When we shot the series there was such a feeling of change coming to the world. The immigration crisis was just beginning and we are still seeing change happening which makes the world feel more unstable, makes our society feel more fragile than ever before.”

“This uncertainty has also led to fear being expressed in different ways, whether that’s people voting to shut down borders on a national level or preparing for catastrophe by stockpiling in their own homes. I don’t think we should all adopt this mentality but I do think it’s wise to reflect on our current vulnerability. I think the preppers may end up having tricks to teach us all.”

Also coming soon is Eyewitness, another show that breaks from the standard Scandi crime thriller format. It starts not with a single murder, but with two teenage boys who find themselves entangled in an embrace, much to their own confusion and shame, and subsequently witness a gang killing spree. It also touches on the struggles of being a foster child, and Anneke von der Lippe became the first Norwegian to win an Emmy for her performance as detective Helen Sikkeland, who has to adjust to becoming a foster parent.

“The last 15 years I have been writing crime but I started out writing contemporary social drama,” says the Eyewitness director and writer Jarl Emsell Larsen over coffee in an Oslo cafe, where the scent of cinnamon hangs heavy.

“This series is not just about finding out who the killer is. It’s also a complicated love story, it looks at what it means to belong if you’ve lost your parents and also explores how difficult it is, at the age of 50, to try and learn how to be a good mother to a foster son.”

In terms of engaging with the social and economic issues of the country, Young and Promising, which arrives on Channel 4 in the summer, has also covered new ground for Norwegian TV.

Taking its cue directly from Lena Dunham’s Girls, the show, penned by and starring Siri Seljeseth, is highly autobiographical, drawing on her own experiences of what it feels like to be floundering in your 20s. Focusing on three women, it challenges everything from everyday sexism, consent, sexual harassment and the weight of expectation from an older generation who, particularly in Norway – a country where most people securely worked in oil-related business for decades – often look at a career in the arts as indulgent and irresponsible.

“I just thought there wasn’t really a show about being in your twenties here, and finding out that life might not be what you expected,” says Seljeseth. Thanks to national testing introduced across all schools in Norway, she says there is now an “extreme pressure on young people to be exceptional” that had led them to be branded “generation perfection”. 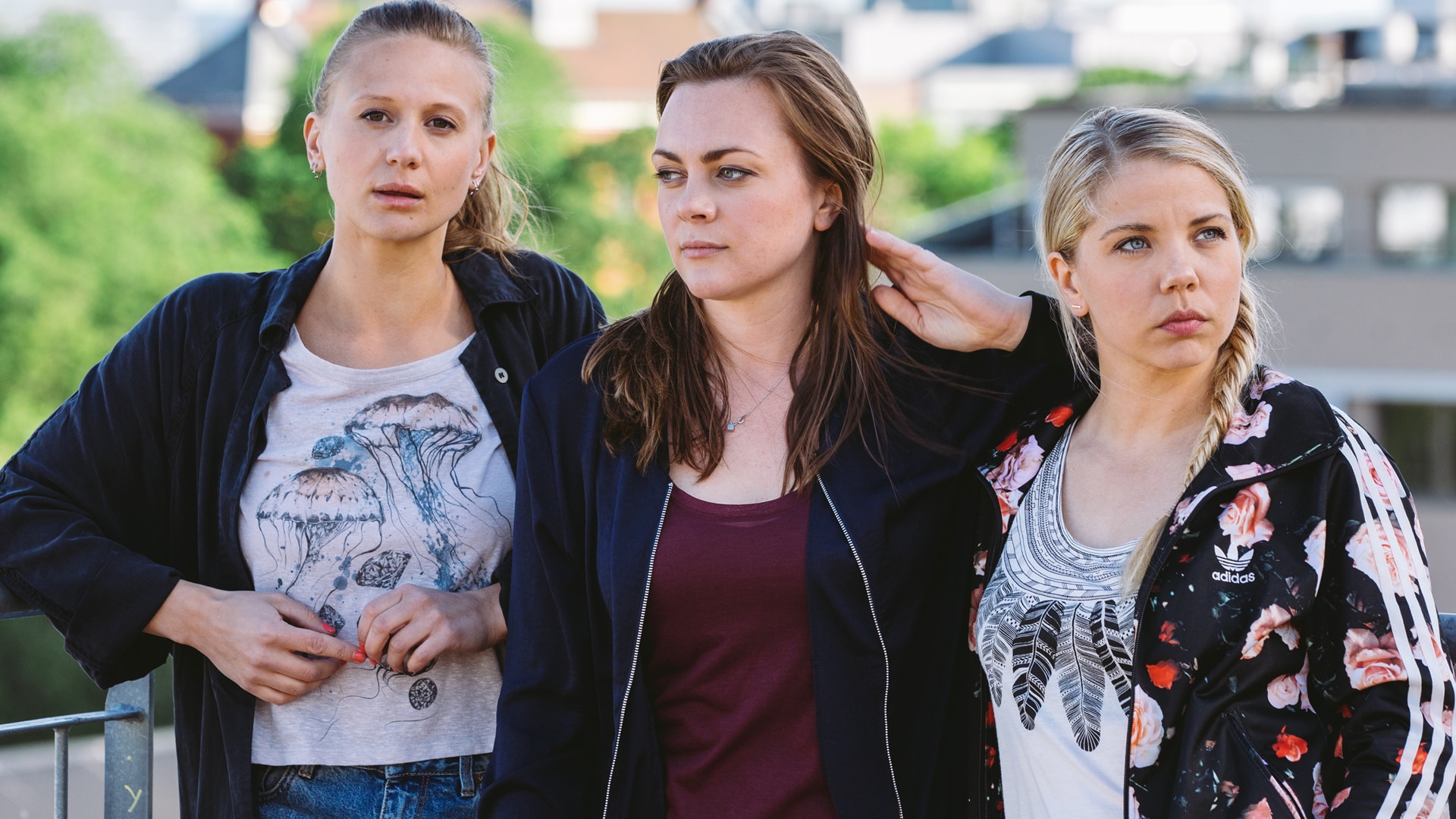 “There is extreme pressure on young people to be exceptional that has led to them being branded ‘generation perfection’.”

“I wanted to show people it’s actually OK to fail,” she adds. “In Norway the pressure not to fail is a huge problem and means people have breakdowns and develop eating disorders because they don’t have straight As.”

The show was expected to draw in a small, primarily female audience in Norway, but has instead become a hit and is now on its third season. It’s been a cathartic success for Seljeseth, who was repeatedly told that hers was a series written “by women for women”, an idea she always disputed.

“There’s been a real shortage of portrayal of women here as something other than a high achiever, someone’s girlfriend or even just a dead body in the woods,” she says. “People were so thirsty to see something new.”

HANNAH ELLIS-PETERSEN is a cultural reporter.