The recently ended Norwegian drama Skam (Shame), a web show about Oslo high-schoolers that resonated with realism, took Scandinavia by storm. Now the producers hope to replicate its success in America, as BOYD VAN HOEIJ discovers…

Teens around the world are in mourning on Tumblr, Twitter and Facebook as their favorite television show ended after four remarkable seasons last month. But it’s a programme few in the USA have likely seen: a low-budget web series from Norway called Skam, or Shame. The series, from state broadcaster NRK, follows a group of friends attending the (real and very respectable) Hartvig Nissen School in Oslo, each series corresponding to one school semester of around twelve weeks and focusing on a different character in the group.

Skam’s appeal comes from its unusual commitment to realism—its subject matter, characters (who are primarily played by non-professional actors), and method of release.

Though episodes eventually get packaged and shown on regular television, Skam is a native web series. Viewers received several short, documentary-like scenes that popped up unannounced on the show’s website in real time—whenever the events depicted in the series were supposedly happening. The brief clips made the series easily shareable on social media and watchable on smartphones.

Though Norway has just five million people, series two and three respectively saw an average of one million viewers per episode on television. And a rabid international following developed last year: fan-run YouTube and Twitter accounts began uploading scenes with homemade translations and subtitles, with some clips reaching views in the seven digits as word-of-mouth spread.

The series’ breakout success led the producer, Simon Fuller, of American Idol fame, to buy the remake rights for the Canada and the USA, with production set to begin this summer. As devoted fans mark the end of the series’ original run, many are wondering whether an English-language version will be able to capture the raw realities and unique production factors that made the original such a hit.

The brain behind Skam is the show-runner Julie Andem, writer and director of each of the forty seven episodes. Originally conceived as a web experiment aimed at sixteen-year-old girls, the show was envisioned as a modestly scaled series (series two and three combined cost less than $1.2 million to make) about Norwegian teens, with the story lines inspired by Andem’s wide-ranging interviews with potential viewers. Skam borrows and improves techniques that go back to the British teen series Skins and Girls, an earlier NRK series from Andem aimed at twelve-year-olds.

Part of the show’s authenticity comes from its actors: they’re roughly the same age as their characters, have minimal performing experience, and wear little or no makeup to cover their youthful blemishes. The series was also shot somewhat on the fly, only on real locations and not in studio interiors, with each episode filmed just a couple of weeks before it aired. Like Skins, which got a short-lived American remake from MTV, Skam looks at a group of teenage friends from multiple perspectives, with each lead receiving a series-long focus while the stories of the others continue to develop in the background.

The Internet has made it possible to binge-watch an entire season in a single sitting. But as Skam shows, it also allows for the exact opposite: for a show to drip-feed a season over the course of a dozen weeks, in a super–incremental fashion; this approach created a sense of anticipation and surprise, as it was never clear when new material might be coming. Whenever the latest clip would drop, fans could immediately watch it on their smartphones. Between new videos, Skam’s website uploaded text conversations and chats between the characters, as well as social media updates, helping to deepen their arcs and relationships. 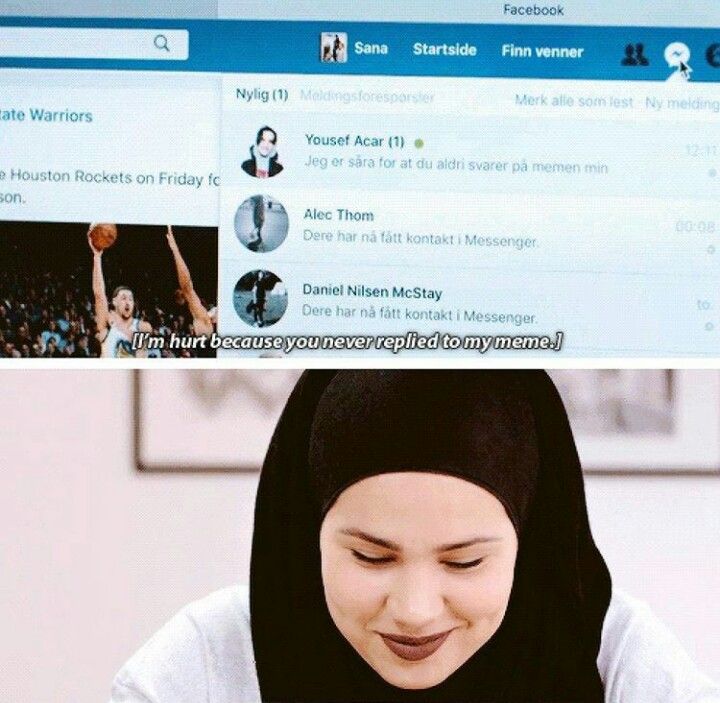 Between new videos, Skam’s website uploaded text conversations and chats between the characters, as well as social media updates, helping to deepen their arcs and relationships.

But all the technical innovation in the world would be useless if the stories Andem told didn’t ring true with its viewers, who now encompass a much broader spectrum of ages and nationalities than the show’s original target audience. Skam is especially perceptive about the way teenagers use social media and their mobile devices, and deal with the fallout of such hyperconnectedness in the form of cyber-bullying.

Skam is also attuned to the necessity of openness and honesty between friends offline (parents are rarely seen or kept off-screen altogether). One of the most moving moments in the series occurs in series four, when the protagonist, Sana, has a heart-to-heart with her friend Isak. Sana explains to Isak how years of being stared at for wearing a hijab has turned her into a cold person convinced that most Norwegians are making racist assumptions about her based only on her appearance. Isak counters that all the dumb questions she gets are important, because they can start a dialogue, rather than letting people just make up their own minds.

It’s through such seemingly casual conversations and unexpected alliances that Andem lays out the complex and thorny issues average teenagers in Norway must navigate. Her slang-filled writing unpacks the characters’ problems from different sides without sounding preachy. In Skam humour is frequently used as a safety valve amid all the romance, partying, and drama.

“In Skam humour is frequently used as a safety valve amid all the romance, partying and drama”

The extent to which all this will be part of the English-language version of Skam will depend on where the series will air, and details are minimal as of now (although we know that NRK will be involved in the project, which will reportedly be released in the same manner as the original). MTV’s Skins, which also took a frank approach to sex and violence, was cancelled in 2011 after poor ratings and reviews, though Skam could end up on a big network like Netflix; of course the streaming service is digital-first and known for giving television creators greater artistic freedom, but it also has a nose for cult hits and an interest in reaching younger viewers, garnering controversy this year with its teen-drama series Thirteen Reasons Why.

Will American teenagers used to seeing high-school life depicted as glossy (in Riverdale for example) embrace the unvarnished honesty of a series like Skam? The original’s rough-hewn quality is unlike any series on American television at the moment. The acclaimed Friday Night Lights, which ended in 2011, comes closest stylistically, with its documentary-like visuals and emphasis on shooting on location. Still, that show didn’t fit as cleanly into the teen-drama mold as other classics of the genre, like My So-Called Life, Freaks and Geeks and Degrassi; those all varied dramatically in approach and scope but bear little resemblance to Skam.

Fortunately, the original offers a clear blueprint for success: NRK’s clever grasp of technology and social media, a commitment to authenticity, a show-runner with a keen interest in how teens feel about their lives, and an understanding of how diverse and complex that demographic can be. Though it’s beloved abroad, Skam was special partly because it felt so uniquely Norwegian; a remake would ideally be preceded by the kind of in-depth research Andem carried out, helping it strike a balance between mundane realism and universal relatability. Until then— judging by the fan posts on social media that show no signs of abating—Skam’s young viewers will, fittingly, have a vibrant online culture to keep them busy.

BOYD VAN HOEIJ writes for Variety and The Hollywood Reporter.