Norwegian pop sensation SIGRID caught the music industry by surprise last year. She discusses the anger (and anoraks) behind one of 2017’s catchiest songs, Don’t Kill My Vibe, with ALICE VINCENT…

It is day one of the Latitude Festival in bucolic Suffolk, and Sigrid Raabe is skittering down a steep bank of ferns towards me. Just as I am about to greet her, the twenty-year-old singer is intercepted by a festival flunkey who tells her she’s needed for a recording session straight after our interview; to get there she will have to travel by boat. “Is that OK? There’s no vehicles access,” he asks, apologetically. “Oh. let’s go on the boat!” she beams, her hurdy-gurdy vowels betraying her Nordic roots.

Like Beyoncé or Madonna, Sigrid performs under her first name alone, but any attempt at a stage persona stops there. While stars such as Taylor Swift and Katy Perry employ vast teams to polish every megabyte of their output, Sigrid’s Instagram feed is dominated by photographs of her in various types of cagoule.

For her performance on Later with Jools Holland earlier this year, she wore comfortable “mum” jeans; a few months later she could be seen jumping around on the Park Stage at Glastonbury sporting a plain white T-shirt tucked into red trousers. She looks less like a rock star than a well-behaved babysitter. 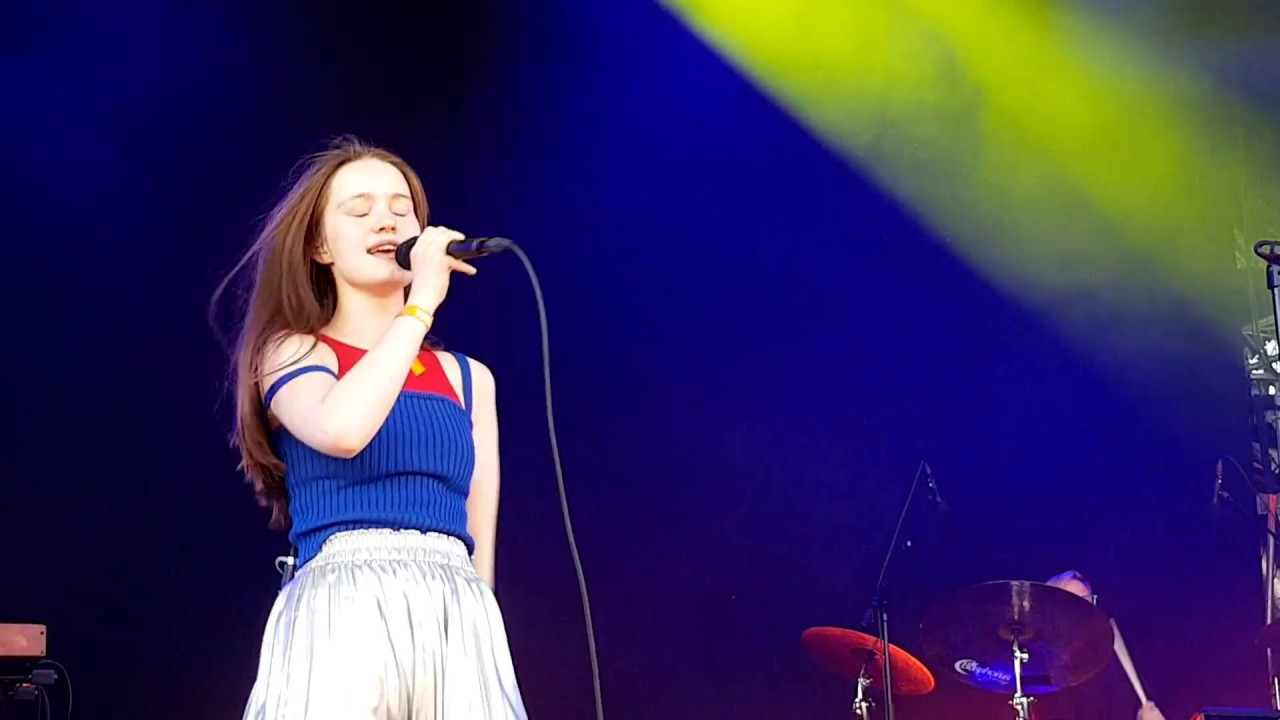 “For her performance on Later with Jools Holland earlier this year, she wore comfortable “mum” jeans; a few months later she could be seen jumping around on the Park Stage at Glastonbury sporting a plain white T-shirt tucked into red trousers. She looks less like a rock star than a well-behaved babysitter”

Sigrid grew up in Ålesund, a harbour town nestled among the fjords of western Norway, and spent much of her childhood with friends in the surrounding mountains, hiking from hut to hut. All that fresh air did wonders for her vocals: her voice is high and light, but retains enough grit to cut through her synth-laden melodies. It’s a sound that is hard to resist- and looks set to take her to the top.

But this time last year Sigrid hadn’t released a single tune beyond Norway- now her songs are attracting three million plays a month on Spotify. One of them, Don’t Kill My Vibe, has become the unofficial song of the summer. The song was inspired by a disastrous early recording session in London with older professionals who talked over and patronised her.

“You love to tear me down, you pick me apart,” the lyrics huff. “Then build me up like I depend on you.” It has those two qualities of the very best pop songs: emotive lyrics and an extraordinarily catchy tune. Did she recognise it would be a hit as soon as she recorded it?

“I remember leaving the studio thinking, ‘this feels special,'” she says. “That I didn’t speak up and say, ‘F— this, you can’t treat me this way’; that p—ed me off even more than the fact they weren’t behaving nicely. I thought I was the type of person to say something, but it’s difficult to know when you’re overreacting and when you should speak up. And as young girl I’ve got the age against me.”

And Sigrid does look young. In the absence of make-up, her freckles stand out against the type of broad, easy smile and wide eyes on normally only finds on a Pixar character. Her hair is tucked into the collar of a pink Reebok sweater, under a matching denim jacket and anorak. Unlike every other twenty-something at Latitude, she is dressed appropriately for Suffolk in July, where the temperature is a decidedly un-summery fifteen degrees.

The youngest daughter of an architect and an engineer, Sigrid was brought up to value long conversations and the kind of good-quality outer wear that is now- thanks to a new fondness for fleeces and windbreakers among the fashion set- trendy. “I remember being so embarrassed of my mum walking around in hiking gear,” Sigrid laughs. “But now she’s the coolest girl in the street!”

By her own admission, Sigrid was a shy child. But she was also very determined, learning the piano at seven and taking up singing at thirteen, picking apart songs she’d heard online and figuring out how to write her own.

At sixteen, after struggling to write music for six months, her brother Tellef (also a musician) gave her a two-week deadline to come up with an original song to sing on stage with him at his next gig. That song, Sun, was soon picked up by the Nordic equivalent of BBC Introducing and her next two songs were playlisted on Norwegian national radio. Within weeks, while still at school, Sigrid was fielding enquiries from record labels and talent management. She managed both with remarkable maturity, courting her Norwegian label for a year before signing, and, at seventeen, stepping away to concentrate on her school work.

Last year she signed to Island Records- the British label that snapped up a similarly precocious sixteen-year-old Amy Winehouse in 2003- but Sigrid visibly cringes when I call her a star. Until recently, she still intended to become a teacher or a lawyer, and part of the reason she remains bare-faced on stage and in photographs is because, she says, “I like to recognise myself.” Besides, she adds, “you don’t know how long it’s going to last. I don’t know what’s going to happen after I put out my first album.”

“I had a lot of backup plans,” she replies. “But I don’t want anything else now.”

She looks up to meet my eye. “I need to do music.”

ALICE VINCENT is a freelance writer and editor.