A creative explosion has sent Aarhus, the European Capital of Culture to greater – and greener – heights, with its Ólafur Elíasson walkway a big draw. How does the UK equivalent, Hull, compare? BRYAN APPLEYARD finds out…

Aarhus and Hull have next to nothing in common. Sure, both are ports, and they have similar sized populations- in the 260,000s- and industrial pasts. But Hull has an industrial present, too, whereas Aarhus is very much post-industrial.

Denmark’s second city is now primarily white-collar, with a large population of the young and the smart, and a university with 45,000 students. In its industrial age, the sea was invisible to its inhabitants. Now that the huge port has moved and only a few industrial sites of the waterfront are active, Aarhus is obviously a coastal city, the sea visible from its centre.

For one year only, however, these places have one big thing in common: both are cities of culture. Aarhus is the European Capital of Culture (along with Paphos, Cyprus), Hull the UK City of Culture.

The Euro Capital of Culture (CoC) scheme began with Athens in 1985 and has since included two UK cities: Glasgow in 1990 and Liverpool in 2008. The latter was so successful that, in 2009, the then culture secretary, Andy Burnham, announced a UK version that would be awarded to one city every four years. Londonderry was chosen for 2013 and Hull for 2017.

But does it work?

Both cities have been clinging to the title with a degree of defiance, Aarhus because it got the gig and Copenhagen didn’t. Being “second city” is, in Denmark as in the UK, a mug’s game. Copenhagen has virtually all of the big institutions and museums so Aarhus, with a quarter of the capital’s population, has an identity problem. Hull’s defiance is harsher: it has such a long tradition of being overlooked that the locals now celebrate the fact. “You’re only here for the culture,” fans of Hull City chant at opposing supporters.

“Being ‘second city’ is, in Denmark as in the UK, a mug’s game. Copenhagen has virtually all of the big institutions and museums so Aarhus, with a quarter of the capital’s population, has an identity problem. Hull’s defiance is harsher: it has such a long tradition of being overlooked that the locals now celebrate the fact. “

The figures, meanwhile, are impressive. Hull wins at opening ceremony attendance- 300,000 against Aarhus’s 70,000 – but can’t compete with Aarhus’s cruise-ship calls, up from twelve in 2012 to thirty seven this year, because it hasn’t yet got a cruise terminal. Tourist visits to Aarhus are expected to reach 1.2 million, up from 964,000 last year. Polls show that 98 per cent of locals know what’s going on, compared to 76 per cent of all Danes. Hull, meanwhile, claims nine out of ten residents took part in cultural events in the first three months of the year, a doubling of the pre-CoC bid rate.

On balance, the Hull figures look better at half-time. I suspect this is because it is coming from a low base compared to the white-collar Aarhus. In addition, Aarhus  was already a significant arts centre, not least because of its status as the hub of the Scandinavian post-war design movement.

The great Arne Jacobsen (alongside Erik Møller) built the city hall, completed under Nazi occupation in 1941. That building, and many others, gave Aarhus a reputation as a Scandi design centre, a movement that swamped Britain in the 1950s and 60s.

Aarhus now has the highest cultural consumption per capita in Denmark. The city’s art museum, ARoS, attracts 820,000 visitors a year. Even though 250,000 don’t pay – they go for the café or the shop – it’s still an enormous figure for a smallish city. In fact, ARoS is the most important place there this year, not least because of Erland G. Høyersten.

Long haired, bearded, Norwegian and six foot, five inches tall, he could be a Viking, but is in fact the director of ARoS and a compulsive aphorist: “Seventeen is not about seventeen, it’s about eighteen and nineteen,” he says. “Looking at art is very much like standing on  a trampoline.” Or: “Art is not the sprinkle on the cake, it is the cake.”

About the museum, he becomes very Viking. “We want to be,” he announces, “among the twenty most important art museums in the world. Why? Because we know we are on that level. We think art institutions should play a bigger role in the shaping of society.”

“We want to be among the twenty most important art museums in the world. Why? Because we know we are on that level.”

ARoS is a great block of a building, though, in its way, elegant. On top is a “circular skywalk”, Your Rainbow Panorama, by Ólafur Elíasson: a multi-coloured, transparent corridor which you can walk to see the city and beyond. Installed in 2011, it seems to have played a huge part in the leap in visitors to the museum: from 220,000 in 2010 to 551,000 two years later.

Høyersten has launched a triennial, with the first part opening this year. It expands imperiously all over the city. This explains his first aphorism: it’s not just about this triennial, but about the next. This year’s theme is ‘The Garden’ and it is divided into ‘The Past’, ‘The Present’ and ‘The Future’. The theme is in part inspired by the intransigence of middle-aged Danish men.

“The thing that has always puzzled me,” says Jakob Vengberg Sevel, one of the the curators, “is that males don’t use museums.” He means, specifically, men of about fifty. Høyersten says he was listening to a radio programme that said middle-aged men preferred to work in the garden. “That is why I was arguing for this topic.” The idea is to get middle-aged Danes out of the garden and into ‘The Garden’. “Gardening is a serious business in Denmark,” Sevel says. “We have that in common with the British.”

What the content of the triennial makes clear is that Høyersten and his curator lieutenants are moving far away from Danish “quiet modernist” good taste and are out to produce something bigger, meatier and brighter than perfect chairs and tables.

One asset of their post-industrial city is its supply of that feature much loved by contemporary artists: the abandoned industrial shed. The American Doug Aitken has taken over one to install his own “garden”. In a dark room misted with water vapour, jungle-dense planting surrounds. Daily, a lucky few are allowed into the box to destroy all the furniture. It is all replaced the next day. 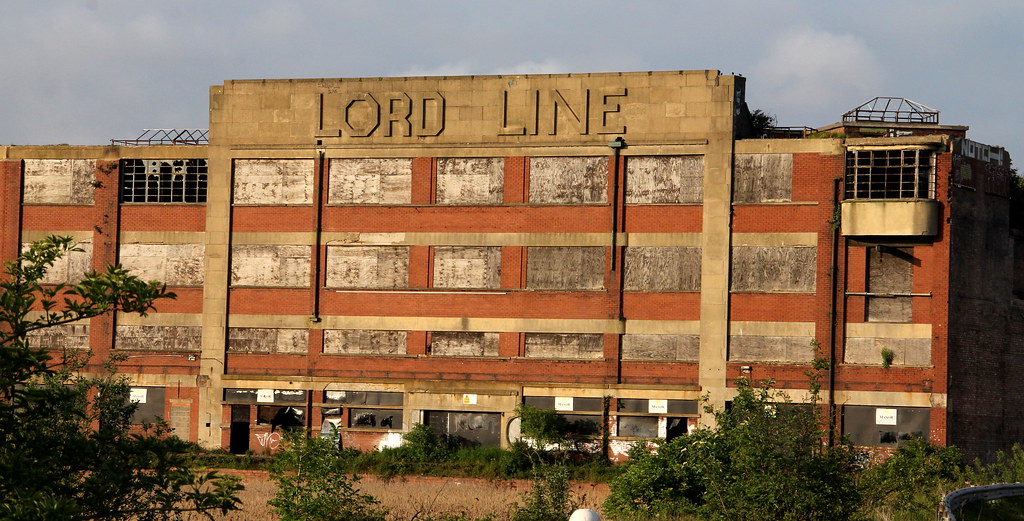 “One asset of their post-industrial city is its supply of that feature much loved by contemporary artists: the abandoned industrial shed”

“New furniture will go into it every day,” says Marie Nipper, another curator, “and every day it will be smashed, but by different people. In the morning it will look crisp and new again. It is inspired by American anger rooms.”

The Aiken is a big gesture, one of many. A 4,000 square metre painting by Katharina Goose is going to be spread across the coast road. Land art is a central preoccupation of the exhibition, including a meta “sound art” piece in which Britain’s Tacita Dean provides an installation recording her journey to find Robert Smithson’s now sunken Spiral Jetty, the supreme ground-art piece in the Great Salt Lake, Utah.

If that isn’t big enough for you, the permanent collection at ARoS includes the lobby-filling, fifty metre Valkyrie Ran by Joana Vasconcelos. Sewn and inflated, it is river-goddess as a show-stopper and child-fascinator.

All this scale and colour is evidently a reaction to the modernist past. There used to be a quiet modernist past. “It was more traditional modernist sculpture that could be shown anywhere in the world,” Nipper says. Høyersten grants it was a success, “but not in a way we wanted. It had something like half a million visitors, but it didn’t have any impact outside here. So we took it down and forced the triennial through.” Like I said: Viking.

This is not art to be quietly contemplated in quiet spaces: it is in-your-face, look-at-me, be-engaged stuff. Høyersten is aware of the tensions between bringing in the visitors and keeping up quality. You need to do both.

“This is not art to be quietly contemplated in quiet spaces: it is in-your-face, look-at-me, be-engaged stuff. Høyersten is aware of the tensions between bringing in the visitors and keeping up quality. You need to do both.”

“If you strive only to be popular, there would be more than half a million visitors to this exhibition, and our audience is not the traditional middle-class academics, highly interested in art. We’re trying to develop an audience. This is also a political statement – I am trying to force the art to have a role withing society.”

Which brings in the third aphorism: “Art is the cake, not the sprinkle.” Høyersten is also pretty brutal about “nerdy” curators’ obsession with the contemporary. “A lot of curators have no knowledge of art history. They’re not interested in anything but what happened after the Second World War.”

Contemporary art, though, brings in bigger crowds: look at the Tate Modern. Yet ARoS generates 70 per cent of its budget from ticket sales, its café and shop: a formidable figure. 28 per cent comes from the city and central government, the remainder from sponsorships and donations.

And the other aphorism: “Looking at art is very much like standing on a trampoline.” The Viking explains: “Nothing happens unless you put some energy into it. Then you start bouncing. You don’t see the whole world, but you do see a little more of your neighbour’s garden.”

THE BEST OF THE CELEBRATIONS…

Hull’s celebrations range from the ‘Floating Cinema’ showing art films at Hull Marina (7th-10th August) to a free exhibition on Philip Larkin in the university where he was a librarian (ends on 1st October). The Royal Ballet reopens in a remodelled New Theatre with mixed bill that will be screened live to five thousand people in Queen’s Gardens on 6th September.

BRYAN APPLEYARD is an author and journalist. He writes for The Times.