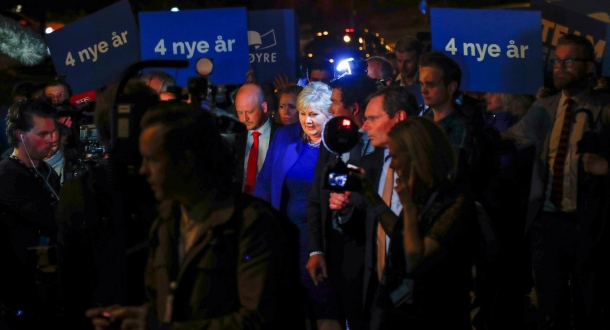 Erna Solberg, prime minister of Norway since 2013, has been re-elected. But, with her Conservative party winning just 48/169 seats in parliament, she must share power to survive. Coalitions are part of life in Scandinavia, with long-term stability giving proof of their success…

On Monday the prime minister of Norway, Erna Solberg, was returned to power. But with her Conservative Party (Høyre / Høgre) receiving just forty eight seats in the 169-seat chamber, seven seats fewer than her Labour Party (Arbeiderpartiet / Arbeidarpartiet) rivals, she has been forced to share power to achieve an overall majority.

Unlike Britain’s somewhat unexpected coalition of 2010, where it was reported Gordon Brown was so unprepared entering negotiations that he did sums on the back of a paper napkin, in Oslo there will be no hastily arranged backroom deals. Without a majority government since 1961, Norwegians were fully prepared for a coalition; indeed, they were expecting one, and parties forged their alliances long before the vote, meaning that Norwegians essentially cast their vote for a ‘block’ rather than a specific party. As fans of Borgen will know, it is the same set-up for voters in Denmark (without a majority government since 1909), and, as Angela Merkel’s recent difficulties show, in Germany and the Netherlands. 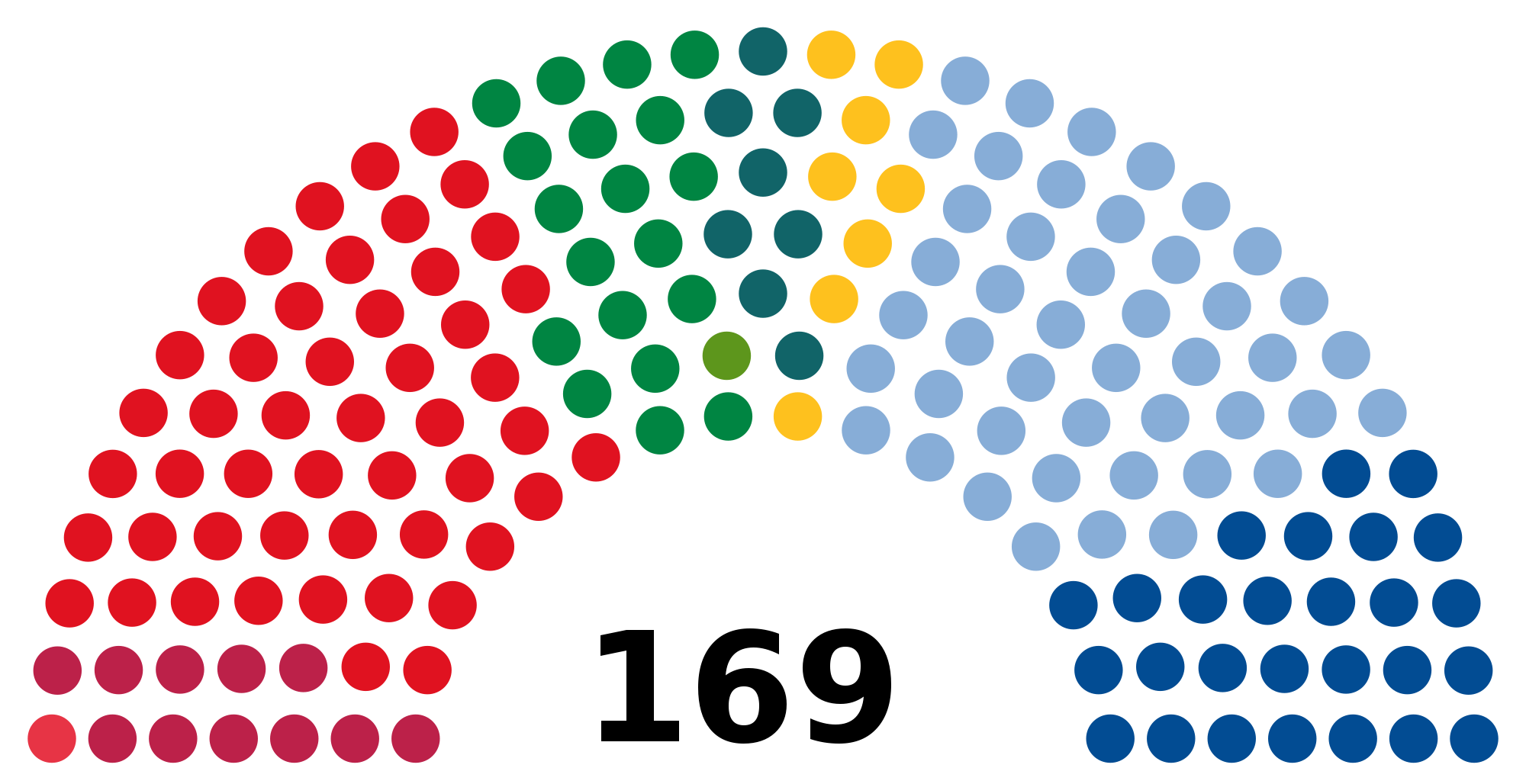 While the most recent coalition sticks in our minds, it is easy to forget, with the eternal cult of Churchill, that his wartime government was in fact acting, albeit through an emergency, in coalition. The circumstances the nation faced clearly required it, but I imagine that there are few who would dispute the fact that his government was the most stable in modern British history, guiding us to ultimate victory against Fascism and laying the foundations of our modern welfare state. The coalition of 2010 to 2015, too, was one of the most stable periods of government Britain has seen in a decade, something we now appreciate further.

Both times then, we were lucky. I imagine, however, there will be few pining for a Conservative-UKIP coalition. This is where the all-encompassing coalitions of Scandinavia fall apart. Polling at 15 per cent of the vote last Monday, just above UKIP’s result in 2015, under proportional representation Norway’s far right Progress Party (Fremskrittspartiet / Framstegspartiet) was awarded twenty seven seats in parliament, compared to the sole seat UKIP managed in 2015. To form a strong executive, Solberg has been forced to include the Nationalists in her government, understandably infuriating many of her more liberal voters. And with the populist wave rolling ever faster across Europe, there is no way around this for other nations. Italy and Germany both look set to include them in their elections, based on polling for upcoming elections.

“Polling at 15 per cent of the vote last Monday, just above UKIP’s result in 2015, under proportional representation Norway’s far right Nationalist Progress Party (FrP) was awarded twenty seven seats in parliament, compared to the sole seat UKIP managed in 2015.”

What many people remember as a key moment in the Conservative-Liberal Democrat coalition is Nick Clegg’s total abandonment of his manifesto pledge to scrap tuition fees (and the doctored YouTube clip that followed his apology), instead siding with the Conservatives who have since increased tuition by two-thirds. As a result, the Liberal Democrats were wiped out, Nick Clegg was forced to resign, and 58 per cent of his voters believed their party had abandoned its principles. Surely there was no better way to demonstrate that compromise is inherent to coalition governments, and that it often leads to an irrecoverable fall from grace.

But compromise doesn’t have to be shunned. Rather, if both parties fail to see eye-to-eye by sticking to their key policies, compromising on ideology leads to more competent, thought-through and legally binding legislation in the long-run. Coalitions introduce debate that is otherwise discarded. The Liberal Democrat proposal for a referendum on alternative voting is an obvious example: although rejected, it introduced an important debate that would have been thrown away by the Conservatives acting alone.

Norway is by now well-used to coalition governments, and its constant political stability gives proof of their success. The British people voted to leave the European Union, but a compromise on its terms that fits the will of a majority would go far.