The Söderberg sisters were teenagers when they left school to tour the world as FIRST AID KIT. A decade on, they’re back with their most heartfelt album yet, according to WILL HODGKINSON…

Close to a decade ago First Aid Kit made their UK debut at the tiny, grimy, much-missed 12 Bar Club in central London. The Söderberg sisters, Johanna and Klara, had made a splash after posting on YouTube a film of themselves singing Fleet Foxes’ Tiger Mountain Peasant Song in a forest near their native Stockholm. Then, they were two adolescent girls on a school holiday, playing country-folk songs before a handful of bearded men. It was sweet and accomplished and it marked the end of the Söderbergs’ lives as normal teenagers.

“Around that time there was an article in The Guardian about us, and it was so mean,” says Johanna, now a fashionable 27-year-old in a smart camel coat and a black patent-leather skirt. “I was 17, Klara was 15, and it was, like, these girls are just poseurs, rich kids from Sweden who only like folk music because it is trendy. I was so upset. I’m still upset. It hurt so much. You have to wonder what effect being written about like that has on you at such a young age.”

We’re in a Scandi-chic café in Stockholm and a lot has happened since the Söderbergs discovered what it is like to have people you’ve never met forming opinions about you. First Aid Kit have been fêted by Jack White, Robin Pecknold of Fleet Foxes and even David Cameron, who snuck into one of their gigs when he was prime minister. They are a household name in Sweden, although the Nordic ethos of jantelagen — not getting ideas above your station — means that none of the cool-looking people around us openly acknowledges the famous sisters in their midst. Two days after our interview First Aid Kit appear on the Graham Norton Show alongside Tom Hanks and Maisie Williams. Over the past decade they have toured the world, experienced heartbreak, fallen out with each other and documented it all on a new album, Ruins. 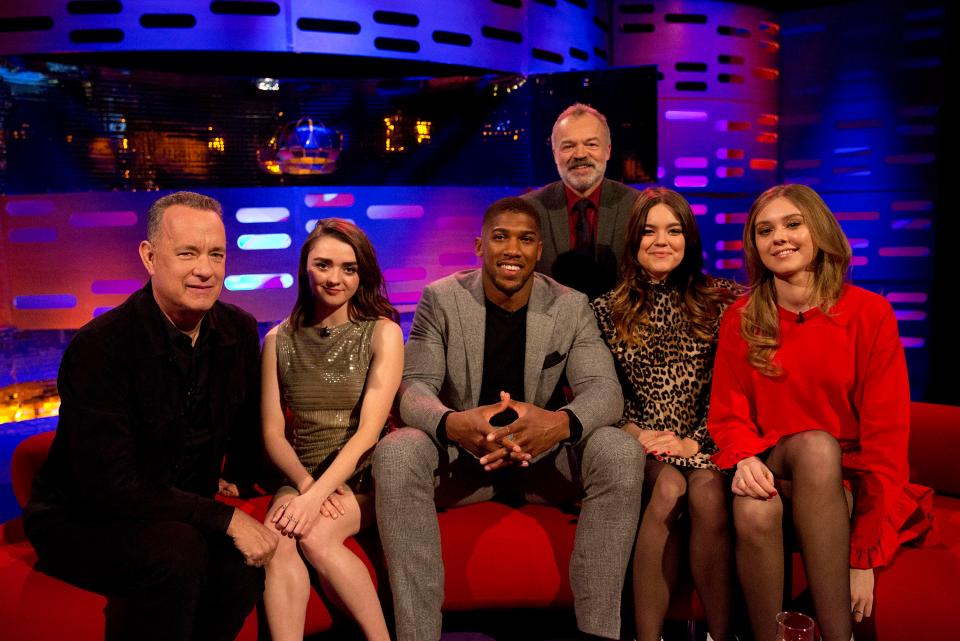 “Two days after our interview First Aid Kit appear on the Graham Norton Show alongside Tom Hanks and Maisie Williams. Over the past decade they have toured the world and experienced heartbreak.”

“As teenage girls we got laughed at and not taken seriously,” says Johanna. “Maybe men are more comfortable when women are pop stars, singing and dancing. It’s a bit uncomfortable when women make music occupied by bearded men. We were entering this territory of folk and country, trying to get space in the genre of Townes Van Zandt and Gram Parsons … the holy grail. Here we were, two young women from Sweden, and it was almost offensive.”

It seems like a straightforward case of sexism; the idea that young women could not be a part of a genre in which grizzled masculinity is equated with authenticity. First Aid Kit might have since proven their worth, but the objectification continues. “If we post a picture of ourselves on Instagram looking great in cute outfits, we’ll get 1,000 likes,” says Klara. “We’re not in the fashion industry, but it starts affecting your brain and you can’t escape it. You just don’t see that with male bands. Then there is the comment, ‘I wish that fat bitch would shut up’. And you think, ‘Ahhh, great’. ”

None of this, say the Söderbergs, was planned. Klara picked up the guitar aged 12 and began writing songs soon after. When the sisters discovered their voices worked well together they used the home-recording equipment of their father, who had been in bands before becoming a teacher, to make a handful of tracks. Although their parents, more partial to The Clash and The Sex Pistols than Johnny Cash and Emmylou Harris, were confounded by their daughters’ love of folk and country, they encouraged them to take it seriously. After posting the songs on Myspace in 2007 they found their first public success, and Johanna and Klara turned pro.

“Our brother is now 14, the same age that Klara was when we started. I can’t imagine telling him to quit school and go on the road,” says Johanna. “I can’t believe our parents did that. Most parents wouldn’t. I wouldn’t.”

“But you have to remember, it wasn’t a big decision,” says Klara. “The plan was to do it for a year and go back to school. It just never ended.”

After Stay Gold became their second No 1 album in Sweden and their first UK hit in 2014, it all got too much. Johanna, who claims she would have been a great office manager had she not become a singer, pushed the band hard. Klara, the more free-spirited of the two, found that the pressure to write songs all the time, coupled with the self-consciousness that comes with being photographed and written about, meant she was no longer living naturally. A world tour ended up with the sisters lying on the floors of venues, crying and fighting constantly.

“I wanted to push the stop button, but she kept us going the whole time,” says Klara, pointing at her sister.

“I’m not the only one like that. It was our manager too,” says Johanna.

“Ooh, let’s have a fight right now! You forgave me, but it took a while.”

Klara shakes her head. “I wasn’t saying how I was feeling.”

“I was burnt out too,” adds Johanna, consolingly. “I was crying on stage. I didn’t want to do the shows.”

So the sisters took a break, from the band and from each other. Klara moved to Chorlton in Manchester to be with her boyfriend at the time, a musician called Jo Rose, while Johanna returned to Stockholm and learnt the bass guitar, took lessons in Japanese and renewed her ties to old school friends she had long lost touch with. Klara says she loved her life in Manchester, going to pubs and falling in with the city’s musical community, but Johanna says returning to Stockholm and being without purpose for the first time was extremely hard.

“The band was the only life we knew,” says Johanna. “Neither of us have ever had a job. When you’re on tour there is always someone telling you where to go and what to do. You are always going to a new city, so you escape from yourself. Now I was at home for the first time and I got restless and depressed. I was lost. Who am I? First Aid Kit was my whole life.”

When Klara split with her boyfriend, normal service was resumed. “It was terrifying and sad because I was very young when I entered that relationship, and I had moved to the UK,” she says. “I had all these ideas on what my life would be like and it didn’t end up that way. But it did feel natural to write about it.”

The result is Ruins, their most heartfelt and accomplished album yet. One song, It’s a Shame, takes a philosophical approach to the misery of heartbreak with a blend of melancholy and jauntiness. Klara wrote another, Fireworks, after realising that things weren’t going to plan. And To Live a Life is about being alone.

“How do you live alone?” asks Klara, more to herself, or possibly to Johanna, than to me. “What is the right way? It’s scary because you are never by yourself in a band. It is part of growing up, I guess.”

That evening First Aid Kit perform a low-key show at a concert hall in Stockholm before a politely respectful audience. The new songs get as big a cheer as the old favourites, which augurs well. Klara and Johanna, stylish young women making a successful career out of doing what they love, have settled down with new boyfriends in a country that seems to have reached the pinnacle of civilisation. And yet, as documented on Ruins, they are just as confused as the rest of us.

“I tend to think everyone else has it figured out,” says Johanna. “There’s a line in Rebel Heart [from Ruins] about trying to be everyone but yourself. I can understand why you might come here and think us Swedes have got the right idea, but really, we’re just good at cafés.”

WILL HODGKINSON writes for The Times.

FIRST AID KIT’s album Ruins is out now on Columbia.