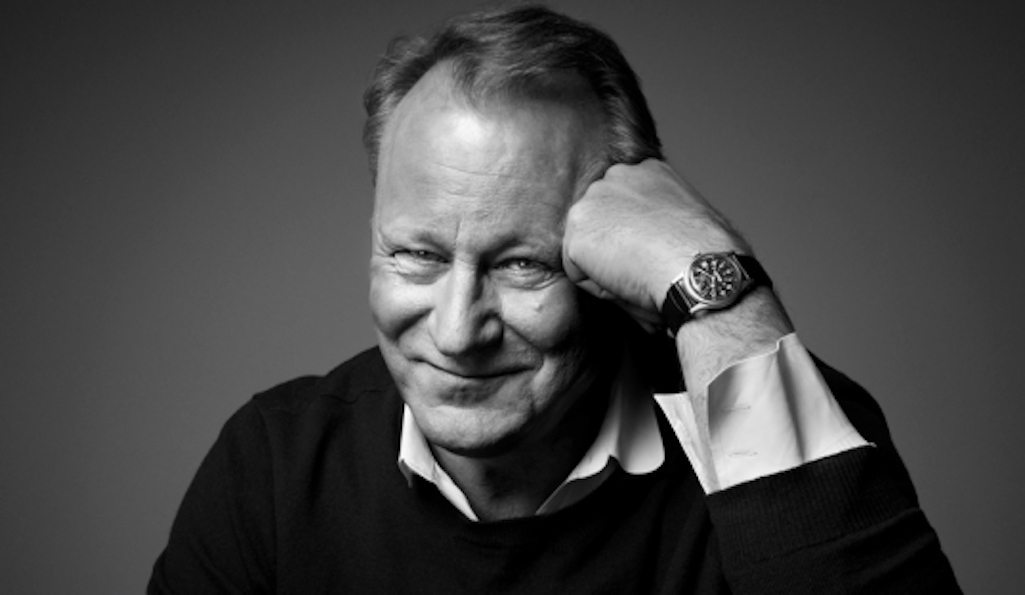 From Mamma Mia to King of Devil’s Island, the career of Swedish actor STELLAN STARSGÅRD has been varied and busy, especially when combined with fatherhood. He sits down with GABRIEL TATE to chat it over…

Long before becoming one of the world’s most respected actors, Stellan Skarsgård dreamed of working as a diplomat. “I wanted to be a man who travelled the world to make peace,” he explains. “I didn’t realise that most diplomats are megaphones for their governments.”

His change of heart was most likely for the best. A refreshing presence on the tightly controlled promotional circuit, the sixty-four-year-old is the sort to say what he thinks and damn the consequences. Such nonconformism is reflected in his CV, which veers from Oscar bait (Good Will Hunting) to high-camp frivolity (Mamma Mia!) and superhero franchises (Thor) to micro-budget indies (King of Devil’s Island (Kongen av Bastøy)). “I like to be all over the place,” he says.

Skarsgård is charismatic when we meet in the basement of a London hotel. Dressed in black, he projects an appealing mix of serene self-confidence and ribald familiarity, frequently punctuated by rumbling laughter. As imposing intellectually as he is physically, he has little time for lazy questions, but will chew over a good one at length. “I constantly turn down police shows,” he says. “I reflect over my actions, I don’t dwell on them,” he says, firmly. “I haven’t spent much time on me. If you have eight kids [aged from three to thirty nine], you don’t have time to wonder whether you wanted to do anything else. I can’t talk endlessly to a therapist because I’m too busy with the present. In some cases it’s vital, fantastic, the only way to save a person. But a lot of it is rubbish and hocus pocus. When you have kids, you see what’s important.”

I can’t talk endlessly to a therapist because I’m too busy with the present. In some cases it’s vital, fantastic, the only way to save a person. But a lot of it is rubbish and hocus pocus. When you have kids, you see what’s important.”

Advice, it transpires, is something he’s reluctant to dole out to journalists or his children, three of whom have followed Alexander into acting. “I’ve brought them up to be secure in themselves, be nice people and be on time,” he says. “They’re out of the house at eighteen and into an apartment I bought in the city, paying rent. New ones push the old ones out. It works well! Acting is such a strange, vague profession, but my kids know it’s hard labour. They’ve chosen the job for the right reasons.”

“Acting is such a strange, vague profession, but my kids know it’s hard labour. They’ve chosen the job for the right reasons”

If ABBA launched Scandinavia as a major pop industry player, then the region’s television is now just as influential. Nordic Noir casts a long, dark shadow over today’s commissioners. “If you look at the stories, they’re pretty banal,” muses Skarsgård. “It’s the cultural difference that’s exciting. Lisbeth Salander is a fantastic character, with a child’s vulnerability but a hardness and coldness that makes her stronger than any man.

It’s all in good humour – Skarsgård’s mood only darkens twice. He continues in this vein for a few minutes. Stellan Skarsgård might have been a terrible diplomat, but he’d be an inspiring political leader. As it is, we’ll have to make do with him doing what he’s best at: being a very fine actor playing a very troubled man.

STELLAN SKARSGÅRD is a Swedish actor whose credits include Mamma Mia! and The Girl With the Dragon Tattoo.

GABRIEL TATE is a freelance journalist.