The Bridge is over. Series four was to be its last and, as far as Scandi noir goes, it all ended happily ever after. But as Nordic noir’s biggest hit runs out, will Brits start to lose interest in the genre altogether? BEN LAWRENCE finds out…

It began, of course, with a body. A teenage girl, Nanna Birk Larsen, was found murdered and DCI Sarah Lund, a seasoned Copenhagen detective about to join the Swedish police force, was redeployed to unpick a complex case with repercussions that struck at the heart of the political establishment.

The Killing (Forbrydelsen), a Danish drama produced in 2007, began on BBC Four in January 2011 and from modest viewing figures of 400,000 more than doubled its audience by the beginning of the third series eighteen months later. The crepuscular whodunnit was a word-of-mouth hit, but its success also had a far-reaching cultural significance. The following year, two more Nordic dramas appeared, Danish political thriller Borgen and The Bridge (Bron-Broen). The BBC – quick to recognise that Britain had an untapped thirst for glowering landscapes, complex female characters and impenetrable melancholy – created a gap in the schedules at 9pm on Saturday nights for what would soon become known as Nordic noir.

There had been previous examples of the genre – notably the Swedish series of Wallander, based on the novels by Henning Mankell and remade by the BBC with Kenneth Branagh as the worn-down detective. But these new programmes offered something different. 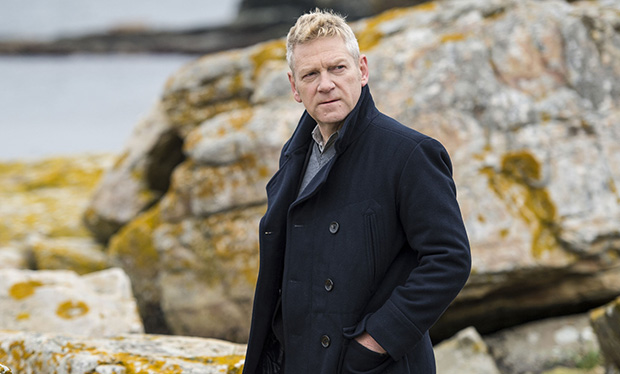 “There had been previous examples of the genre. But these new programmes offered something different.”

Certainly, there was an air of exclusivity as viewers realised that watching Scandinavian drama carried the same cachet as drinking gourmet coffee or taking holidays in the Dordogne. Knitwear inspired by Lund’s Faroese sweater soon became objects of desire. Lars Blomgren, producer of The Bridge, describes its viewers as “a loud, well-educated, intellectual audience who were prepared for demanding viewing”.

“Subtitles were always associated with art house in the UK. If you liked French opera, you liked subtitles and so it felt like an extremely elitist, small club,” he says. “But when Scandinavian drama came on to our screens, it proved that commercial and sexy stories could be successful, no matter where they came from.”

The structure of these shows was also crucial. In Britain, we were used to a body of the week, in whodunnit thrillers such as Lewis and Midsomer Murders, with well-tested formats and cases open and closed within a single episode. The Killing, taking place over twenty days across twenty episodes, rejected such conventions. Producer Piv Bernth has pointed to the drama’s distinctive plot development: “What does a murder mean for a police investigator, what does it mean for the parents, what does it mean for the politicians?” she asks. “It’s not just about finding the murderer. That’s important, but it’s not all.”

In Britain, Scandinavian drama had previously been received with a muted respect. Sweden’s most famous director, Ingmar Bergman, had bewitched critics for decades with films that focused on the consciousness of the individual and an uncanny ability to unlock life’s mysteries – but artistic appreciation had always surpassed box office takings. With female characters such as Lund, Saga Norén and Borgen’s prime minister Birgitte Nyborg all existing within their own moral frameworks, Nordic noir drew on Bergman’s artistry and applied it to a more mainstream setting.

“Nordic noir drew on Bergman’s artistry and applied it to a more mainstream setting.”

“The Scandinavians have an ingrained sense of authorship,” says Iuzzulino. “In their dramas, nothing is wasted and that is in the tradition of Bergman. The words, the gestures, the photography, the length of a scene. Everything is indispensable.”

Before long, Nordic noir was beginning to influence British TV drama – notably in ITV’s Broadchurch and BBC Two’s The Fall. The first aped The Killing’s structure of showing the fallout of a young person’s murder on a wider community. In turn, The Fall adopted a Calvinistic aesthetic to a point at which you felt submerged in a world where you no longer knew what was right and what was wrong. Gillian Anderson’s DSI Stella Gibson – inscrutable, tortured, charming – would have been unthinkable without the Scandinavian heroines before her.

With much Scandinavian drama, you can also see a large degree of artistic freedom, surely linked to the fact that The Killing, Borgen and The Bridge were all made by public service broadcasters liberated from the demands of co-producers. Wooed by a strongly defined sense of authorship, overseas buyers would often snap up series before they had even aired in their home countries (this was certainly the case with The Legacy (Arvingerne), a fine Danish family drama that was shown on Sky Atlantic).

Was the market reaching saturation point? That question was asked after 1864, a lavish drama about the little-known Second Schleswig War between Denmark and Prussia and Austria, failed to impress critics. Iuzzulino suggests that the currency has been debased by an overuse of certain tropes. “You have the dysfunctional detective, the Scandi with demons, the missing girl or boy, someone running through a forest at night, an eco theme where the perpetrator has a grudge against the government’s exploitation of natural resources.”

Nevertheless, new Nordic dramas continue to be touted to British audiences. Walter Presents offers a steady stream of new content from Europe (and beyond), and Netflix has also been quick to realise its potential (last month it launched The Rain, an apocalyptic drama from Denmark). Of course, Scandinavian telly makers must adapt. Norway, a country once more interested in soap opera, has adopted a far broader palette. Walter Presents has shown several Norwegian dramas, including Eyewitness (Øyevitne), a seemingly conventional thriller played out as a gay coming-of-age story; Valkyrien, a drama with shades of Pedro Almodóvar’s Talk to Her (Hable con ella); and Young and Promising (Unge Lovende), a relationship drama whose voluble characters seem a very long way from the hermetically sealed thoughts of Saga Norén.

“Nordic dramas continue to be touted to British audiences. Walter Presents offers a steady stream of new content and Netflix has also been quick to realise its potential.”

None of these shows has become a talking point in the same way as their predecessors, but TV trends are very hard to predict. Nobody has the ability to forecast the next big thing, but Blomgren believes that the success of The Crown is a model for an important future trend.

“It is this idea that television drama can tell a story through multiple narratives – there are a lot of characters and therefore a lot of possibilities,” he says. “Imagine something like telling the story of Ireland’s history through every section of society. I would love to do that.”

The media frenzy that made dramas such as his so influential may have calmed in the past few years, but it is clear that there is still a global demand. Recently  it was announced that The Bridge would be remade in Asia with the divide taking place between Malaysia and Singapore. It seems that we’re not quite ready to let go of those gloomy, perpetually fascinating shows that changed the telly landscape – and our wardrobes – forever.

BEN LAWRENCE is a commissioning editor at The Telegraph.

All episodes of The Bridge are available now on BBC iPlayer.