The films of Ingmar Bergan, who would have celebrated his hundredth birthday on Saturday, are some of Sweden’s most famous exports. But there was a time when his country rejected them, and Bergman himself…

“What one expects with growing impatience from this brilliant technician and director of actors,” says Bo Widerberg of Ingmar Bergman in his 1960 pamphlet Visions of Swedish Film (Visionen i svensk film), “is for him to move on as our Dala horse to the world.”

For the early part of his career, Ingmar Bergman became just that: Sweden’s cultural Dala horse. Indeed he was, alongside the Dala horse, one of Sweden’s only exports. 1946, the year he directed his first films, Crisis (Kris) and It Rains on Our Love (Det regnar på vår kärlek), was a decade before postwar reforms transformed Sweden from a feudal backwater to the Socialist utopia we admire today. 1946 was nineteen years before Roseanna, the first of Maj Sjöwall and Per Wahlöö’s Martin Beck novels set in motion the now international sensation of ‘Nordic Noir’. It was twenty-eight years before ABBA won Eurovision with Waterloo, introducing the world to Swedish pop for the first time. Bergman’s films marked the beginning of a British fascination with Scandinavia. Bergman was the first Swede to grasp international attention long enough to mould an image of a harmonious (if homogenous) society bound together by an unbreakable welfare state. But Bergman’s own relationship to his homeland was a troubled mix of admiration and antagonism.

Rapidly modernising, Swedes were slow to embrace Bergman, and even when they did it was but skin-deep. The philosophical brevity of his films felt entirely out of place in their increasingly functionalist surroundings. So too, amongst growing secularisation, was his Lutheran upbringing. When rumours of Fascist sympathies emerged – he had publicly declared support for Hitler before the War and his brother, Dag, was a founding member of the Swedish Fascist Party – cracks in his compatriots’ tolerance began to appear. And when rumours of sexual relationships with actresses, money laundering, bribe taking and demonism emerged, his private life began to look something like a soap opera, studied and scorned by an increasingly vexated nation.

“When rumours of sexual relationships with actresses, money laundering, bribe taking and demonism emerged, Bergman’s private life began to look something like a soap opera, studied and scorned by an increasingly vexated nation.”

On 30th January 1976, that vexation came to a head. During rehearsals for Strindberg’s Dance of Death (Dödsdansen) at the Royal Dramatic Theatre (Dramaten) in Stockholm, two policemen came up on stage to arrest Bergman for tax evasion. Humiliated, he suffered a mental breakdown (for which he was hospitalised) and spent a month and a half in custody. The police studied an alleged 500,000 SEK transaction between his Swedish company, Cinematograf, and its Swiss subsidiary, Persona, used to pay salaries to foreign cast and crew. His passport was confiscated and his apartment cleared of all personal documentation. The trial, however, lasted little more than two months, and on 23rd March all allegations were dropped. Bringing charges against him, said special prosecutor Anders Nordenadler, would be “like bringing charges against someone who has stolen their own car, thinking it was someone else’s”.

But Bergman was disconsolate. In April that year he left Sweden vowing never to work there again. All upcoming projects were suspended and his studios on Fårö closed. Though they were to lose their only cultural voice, Bergman’s compatriots showed little remorse. He was, they assumed, a remnant of elitist culture: a highbrow, a fossil, a bourgeois, and a crook. Aftonbladet newspaper, which once had written favourably of his films, summed up popular feeling to his departure with the headline ‘Go, Bergman, We Won’t Miss You!’

But Bergman’s exile would come back to haunt Sweden. For, though he felt he did not need it – his primary audience was abroad, and it was large enough to provide him well – Bergman’s self-inflicted exile was an unmissable opportunity to reap revenge. While he may have been cast off from it, Bergman remained Sweden’s only voice and, as such, he had the power to mould and adjust perceptions of the country overnight. He turned his downfall into a Kafkaesque warning of what Sweden – dominated by a single far-left party for more than thirty years – could become. He questioned, morbidly, just whether the unstoppable progress of the Social Democrats was actually growing into something larger and much scarier: a repressive Communist uprising. Bergman said that during his trial he had been “harassed and humiliated” by “prestige-seeking poker players”; that the police had tried to blackmail him to “save face” and that he had been a “convinced Social Democrat” who believed Sweden was “the best country in the world” until he was attacked by “a particular kind of bureaucracy that grows like a galloping cancer”.

“I come from a land I never thought I would leave on my own accord,” Bergman said when he picked up the 1976 Goethe Prize in Frankfurt, “while my exodus externally appears voluntary, internally it was an inexcusable duress.” 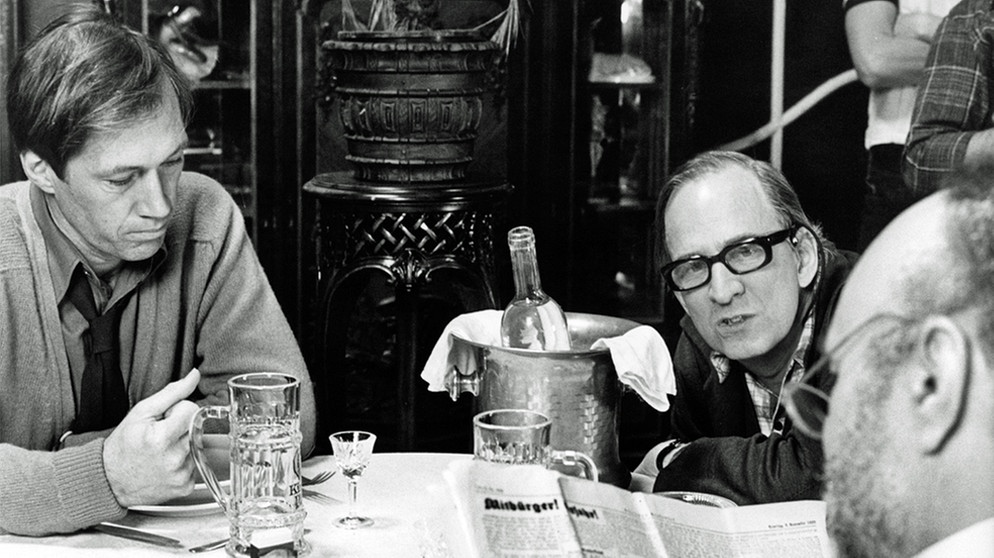 “‘I come from a land I never thought I would leave on my own accord,’ Bergman said when as he picked up the 1976 Goethe Prize, ‘while my exodus externally appears voluntary, internally it was an inexcusable duress.'”

Though his comments were met at first with ridicule in Sweden, gradually some began to change heart, a few even regretting his very public humiliation. Time, in an article entitled Cries and Whimpers in Socialism’s Showcase, picked up on the growing malaise his trial was forming. It stated that Bergman’s arrest was but one example of the Swedish government’s oppression. It noted that the Swedish suicide and divorce rate had shot up, that there were growing cases of alcoholism, and that young Swedes had, as a direct result of Social Democratic policies, lost “ambition and all sense of direction”.

“Someone who wants to repaint their house must use officially approved colours,” the article said, “and someone who owns a forest cannot forbid others to walk in it. If they build a fence, they can be forced to take it straight down again.”

For three years Bergman travelled the world but was based at the Bavaria Film Studios in Munich, where he had his home. Though he spoke German, Bergman continued to direct in Swedish. His 1978 film Autumn Sonata (Höstsonaten) was entirely in Swedish, starred Ingrid Bergman and Liv Ullmann and was filmed almost entirely by Swedish crew. By 1982, when he directed one of his best-loved films Fanny and Alexander (Fanny och Alexander), he realised he could not work abroad. Just two years later, in April 1984, he admitted defeat for good, returning to Sweden a prodigal son. His production that month of King Lear at Dramaten (the same theatre in which he had been arrested seven years earlier) had full houses until June. Its opening night, on which Bergman is said to have spent most of the performance wandering the streets of Stockholm, was attended by dignitaries that included Prime Minister Olof Palme. When he returned for the final scene, Jarl Kulle, as Lear, coaxed a dazzled Bergman on stage, quieted the audience and said, quite simply: “Welcome home”. Sweden needed Bergman as much as Bergman needed Sweden. He was their Dala horse, after all.

This article has also been published in Cinema Scandinavia Magazine.