Winters can last seven months, with temperatures dropping to minus 50C in places, and daylight warming a few hours at most. Beer is nearly €9 (£8) a half-litre. The happy-clappy hygge and cosy woollen jumpers of Denmark find their equivalent in sisu — best translated as “grit” — and rolling in the snow “like a bear”, as a guide memorably puts it.

Despite all this, Finland was named the happiest country on the planet by the United Nations this year. Forget tropical sunsets, spontaneous dancing, huge oil wealth or undulating vines: high taxation and spending, social cohesion, a heavy caffeine consumption and pristine lakes and forests are just as important, if not more so.

Less obvious, perhaps, is the role that the careful crafting of the built environment has played in creating a contented country. Yet it is undoubtedly an important one, and experts think that the Finns have a lot to teach us about how to design buildings to maximise happiness. Given the latitude and climate, Finns spend a lot of time indoors. One consequence of this is that they construct impressive civic buildings to give themselves places to meet, socialise, learn and experience, which are regarded as the best ways to make it through the cold, dark evenings.

At the end of August the cavernous halls of Amos Rex, a new 2,200 sq m art gallery — half Teletubbies’ lair, half octopus’s garden — created by the architect JKMM, will be revealed in Helsinki. In December it will be joined by the Oodi library, designed by ALA Architects. It’s fair to say that libraries are a little different in Finland, providing everything from local newspapers to pasta machines and 3D printing, and the three-storey, wood-clad Oodi will hold the national film archive, a cinema, studios and laser cutters. At the top, a “snowdrift-like” space, with oculi inspired by Alvar Aalto, the country’s most famous architect, provides a calming expanse for reading as well as an incredible spreading balcony orientated towards the setting sun (about 3pm in December). It will act, Niklas Mahlberg of ALA says, “as a sort of living room for the whole city”. 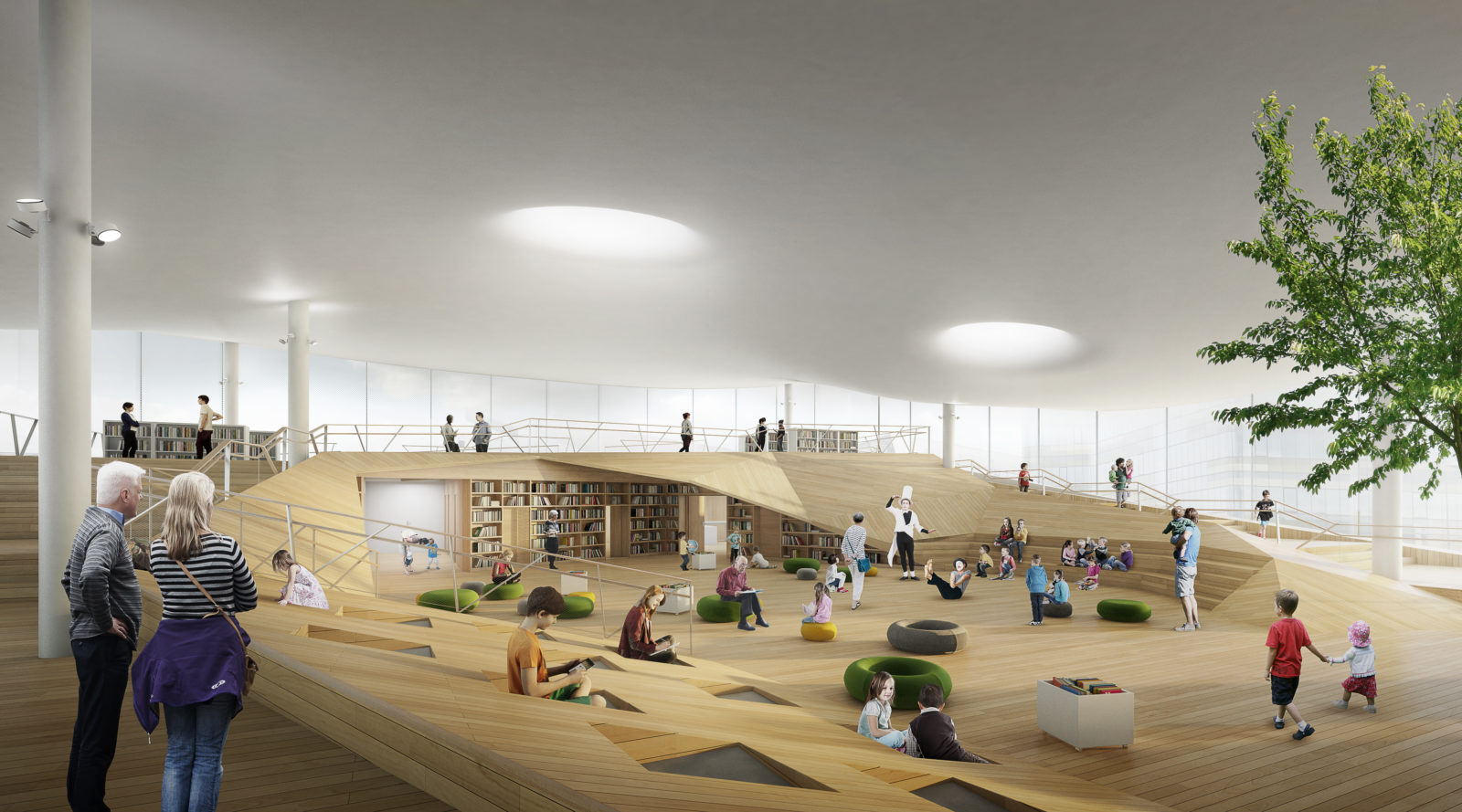 “The three-storey, wood-clad Oodi will hold the national film archive, a cinema, studios and laser cutters. It will act, Niklas Mahlberg of ALA says, ‘as a sort of living room for the whole city’.”

And I haven’t even talked about the saunas, of which there are estimated to be 3.2 million in a land of five million inhabitants. As well as the private ones, there are ample public opportunities for a sweat-fest. Löyly, with its views across the Helsinki archipelago, is the hottest (quite literally) spot for a drink in the capital and has just been joined by a beautifully crafted mini-masterpiece on the idyllic island of Lonna. “We don’t really talk about feelings in architecture enough — more function or historical context,” says Kazunori Yamaguchi of OOPEAA, the sauna’s architect, “but sauna brings a sense of community.” 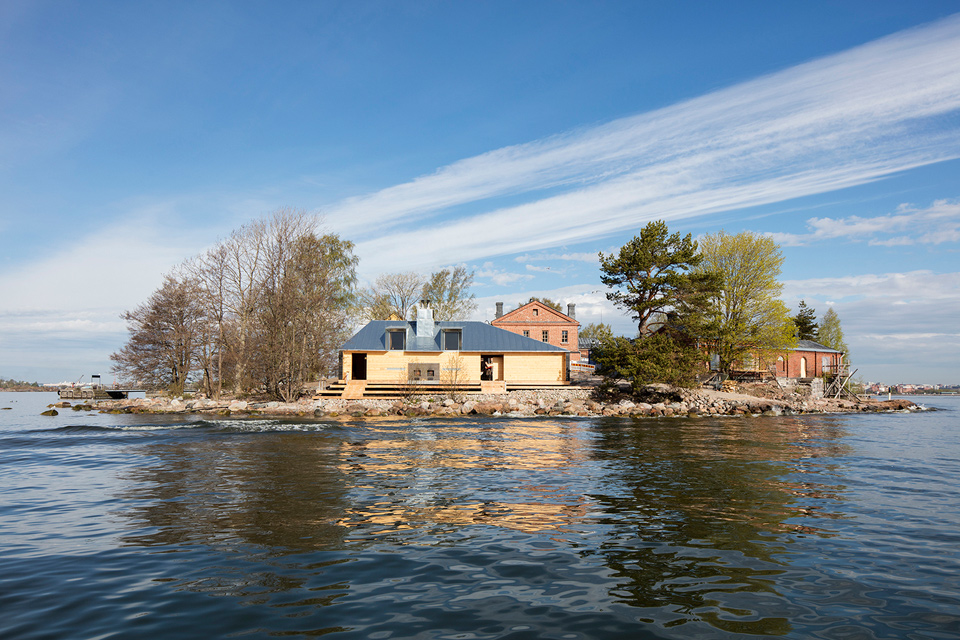 “‘We don’t really talk about feelings in architecture enough — more function or historical context,’ says Kazunori Yamaguchi of OOPEAA, the architect of Lonna’s sauna, ‘but saunas bring a sense of community’.”

In 2006 the Danish urbanist Jan Gehl observed that people automatically started to walk faster in front of blank façades and were more likely to disengage, and even feel stress, in homogeneous, boring streetscapes. It appears that we are biologically disposed to favour locations defined by complexity and variety, such as we might see in nature or even more classical, ornate buildings.

Badly designed buildings, with poor light, few windows, disorientating floor plans, decaying components, dull exteriors, an absence of nature and a lack of functionality and empathy, have a measurable impact on health and mental wellbeing. As Sarah Williams Goldhagen, an American critic, argues: “There’s no such thing as a ‘neutral’ environment. Your built environment is either helping you or it’s hurting you.”

Cities as a whole can also create problems. It has been claimed that 25 per cent of people in London has a diagnosable mental health condition and 42 per cent of residents in inner London experience high levels of anxiety. Density adds to the three main environmental stresses — noise, lack of light and air pollution — so there may also be a price to pay for constant stimulation.

“Having different places to go gives context to memory, but we don’t really know exactly why space and memory are so closely connected,” says Adam Kampff, a senior research fellow at SWC in London. “Nonetheless, buildings play a fundamental role in who we are, if only because moving between spaces helps us organise our thoughts.”

Yet he agrees that certain responses to aesthetics seem hardwired into the human brain, much like an innate ability to create and use language. He points out that it is possible to create any number of extreme architectural forms, but that in practice we actually restrict ourselves to quite a small range.

“We do seem disposed to like certain principles and shapes,” he says. “The brain spends most of its time trying to avoid dying, so anything that gives us a sense of safety — long vistas, being near water, being higher up but not exposed — plays to our old evolutionary drives, but can architecture create happiness? Happiness is a complex phenomenon, and depends on chemistry and genetics too, so we just don’t know.”

Has he considered that the answer might simply be to build more saunas? “Anything that brings people together is likely to prove positive,” Kampff says, “but I’ve never been a fan of saunas.”

JOHNATHON MORRISON is an architecture correspondent for The Times.