For two centuries the Norsemen terrorised Europe before disappearing from history. Yet, as the presenter of the BBC Vikings series, NEIL OLIVER, says, we have much to thank them for…

We have defamed the Vikings not once, but twice. For the longest time we regarded those people who left their homelands in Scandinavia, between the end of the eighth century and the beginning of the 11th, as barbarians bent on slaughter, rape and pillage. Having maligned them for about 1,200 years, we then subjected them to a well-intentioned, but strangely anaemic, makeover. During the past twenty years or so it became fashionable to characterise them as nothing more than mild-mannered colonists and traders. According to the revisionist view, the tales of violence and devastation recorded by generations of churchmen and other literate types had been blown out of proportion. Those incomers from Denmark, Norway and Sweden had apparently wanted no more than fresh fields to farm and new markets to exploit. Any mayhem left in their wake was presumably down to medieval clumsiness with axes and torches. As usual in the case of witness statements from opposite ends of the argument, it turns out that the truth was lost long ago.

During the first half of this year I had the opportunity to go in search of the real Vikings, to visit their homelands as well as some of their distant and unexpected destinations. The traditional picture of the Vikings was easy to find and a reasonable place to start. According to the story we learnt at school, the first of them arrived on the world stage on the tidal islet of Lindisfarne on the Northumbrian coast, on June 8 AD 793, apparently around dawn. The religious community that attracted the attention of those raiders was more than 150 years old by then, having been established by St Aidan in AD 634. By the time the Vikings splashed ashore from their dragon-headed longships, bent on thievery and murder, it was one of the most important and cherished holy places on the world map of Christianity.

“By the time the Vikings splashed ashore in Northumberland, bent on thievery and murder, it was one of the most important and cherished holy places on the world map of Christianity.”

The churchman Alcuin of York was a local boy, but far from home in Aachen in an academy established by Charlemagne, when news of the atrocity reached him. Homesick and horrified, he sent letters of sympathy to the survivors. “The pagans have contaminated God’s shrines and spilt the blood of saints in the passage around the altar,” he wrote. “They have laid waste the house of our consolation and in the temple of God they have trampled underfoot the bodies of the saints like —- in the street.”

The emotion of it all echoes down the years, but Alcuin would not, and could not, have greeted the Vikings’ behaviour any other way. For one thing, he was in thrall to a belief prevalent among Christians all across Europe, as the eighth century gave way to the ninth, that the end of the world was at hand. Jesus Christ would soon return and atrocities like Lindisfarne were surely portents of the doom that would precede the Second Coming. All across Europe, God-fearing folk moaned the same prayer: “Deliver us, O Lord, from the fury of the Norsemen. They ravage our lands, they kill our women and children.” But frankly it was all just too one-dimensional. The world of the eighth and ninth centuries was violent, but the Vikings were no crueller than anyone else. Always keen to avoid pitched battle, for which they usually lacked either the tactics or the necessary weight of numbers, they were happier to let their reputation go before them and so prepare the ground for peaceful settlement with terrified locals. That invariably meant demanding money to go away and it was therefore as an early form of protection racketeers that the Vikings excelled. 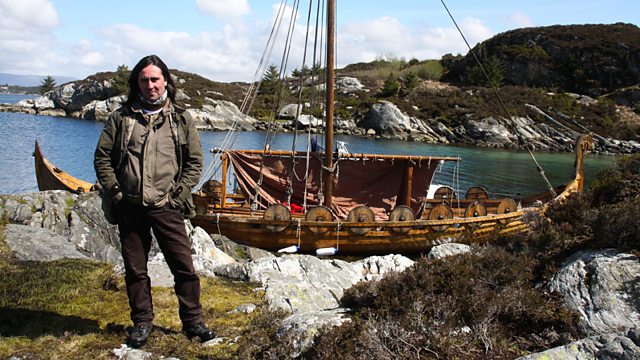 “God-fearing folk moaned the same prayer: ‘Deliver us, O Lord, from the fury of the Norsemen. They ravage our lands, they kill our women and children.’ But frankly it was all just too one-dimensional.”

In truth, the unpardonable sin of the Vikings was to be pagan, still committed to the gods Odin and Thor. The peoples of Scandinavia were the last in Europe to accept Christianity and for as long as they remained heathen their violence against Christians was unclean and unforgivable. So the grief of Alcuin and the rest of the hand-wringing clerics was nothing more than the holier-than-thou pronouncements religious bigots are wont to make about those they consider unbelievers. Ruthless and violent the newcomers certainly were, but they only gave as good as they got. Monasteries were targeted as vulnerable, and potentially lucrative sites, and Vikings were certainly not the only people to take advantage. In Ireland the monasteries were constantly at the mercy of warring factions of local Christians, and the monks and bishops there learnt to fight with the best of them, as the Vikings would discover.

Many Viking skeletons I examined bore the marks of dreadful violence. For every intact warrior laid to rest in a peaceful grave, surrounded by his finery, I saw many more bodies of Viking men who had been cut down as they fled, or faced sword and spear-wielding attackers while unable to defend themselves. On November 13 1002 King Ethelred the Unready (meaning “ill-advised”) ordered the slaughter of every “Danish” man in England. The resultant frenzied bout of ethnic cleansing is remembered as the St Brice’s Day Massacre; thousands were slaughtered. In Oxford I saw the remains of 39 men butchered that day, all with wounds to the backs of legs, torsos and heads.

The Vikings who caused so much trouble in the southern half of the British Isles and in much of northern and western Europe were predominantly Danish. The Norwegians preferred Scotland and Ireland in the main, although both groups made inroads on the same territories. Some of them penetrated France via the great rivers and became unbearable thorns in the flesh of King Charles the Simple, descendant of Charlemagne. His solution, in AD 911, was to grant them territory around Rouen and the Seine, which in time became known as Normandy – belonging to the Norsemen. William Duke of Normandy – William the Conqueror – was of Viking stock, but by the time he led his Normans across the English Channel in 1066 he was a Frenchman to the marrow.

“William the Conqueror was of Viking stock, but by the time he led his Normans across the English Channel in 1066 he was a Frenchman to the marrow.”

The Vikings who colonised the Western Isles of Scotland found it suited them to adopt the ways and mores of the Gaels who were their neighbours. What evolved was a hybrid Hiberno-Norse culture, and the MacDonald clan that eventually rose to dominance and led the Lordship of the Isles claimed descent from a Viking named Somerled. Those Norwegians arrived as foreigners during the ninth century, but within just a few generations they had blended seamlessly in with the native population. Far from being mindless barbarians, the peoples of Denmark, Norway and Sweden set out to make themselves rich, to win new lands and, in time, to take their place at the top table of European royalty. They fought intelligently when they had to, and made territorial and commercial gains at every opportunity. They were pioneers and adventurers without equal. That one of their number – Leif Eiriksson, son of Eirik the Red – set foot on America 500 years before Christopher Columbus is the least of it.

But perhaps in the end the Vikings are most remarkable for the way in which they conspired to disappear. Having cast their shadow east, west and south for over two centuries so that all of Europe and the wider world learnt to fear, or at least respect them, they finally became what they had once beheld. Persuaded of the sense of joining the European club of Christians, they willingly abandoned their old gods and learnt instead to look, sound and perhaps even believe like everyone else. Their flame burned bright for just over two centuries, and then went out – so that from the point of view of history they seem to vanish, lost in the crowd. Maybe that was their smartest move.

NEIL OLIVER is a television presenter and archaeologist. He writes for The Telegraph. His book Vikings is published by Weidenfeld and Nicholson.