Swedes are crazy about coffee. But what, asks SOPHIE MISKIW, if we told you that there’s a European city where fika is taken so seriously that its coffee house culture is protected by UNESCO?

Coffee first arrived in Vienna courtesy of a failed Turkish invasion in 1683. Forced to flee, the Ottoman army left behind sacks of coffee beans, initially assumed to be camel feed. Allied military officer Jerzy Francieszek Kulczychi had spent time in captivity in Turkey and knew that the unidentified beans could be brewed into delicious cups of drink. The beans were roasted, a drop of milk was added, and Viennese coffee culture was born. It wasn’t long before elegant coffee houses sprung up all over the city.

Today, these establishments are still the cultural heart of Vienna – places to while away the day sipping high-quality coffee in (often palatial) built-for-purpose spaces. Austrian writer Stefan Zweig once wrote that coffee houses are ‘a sort of democratic club, open to everyone for the price of a cheap cup of coffee, where every guest can sit for hours with this little offering, to talk, write, play cards, receive post and above all consume an unlimited number of newspapers and journals.’ 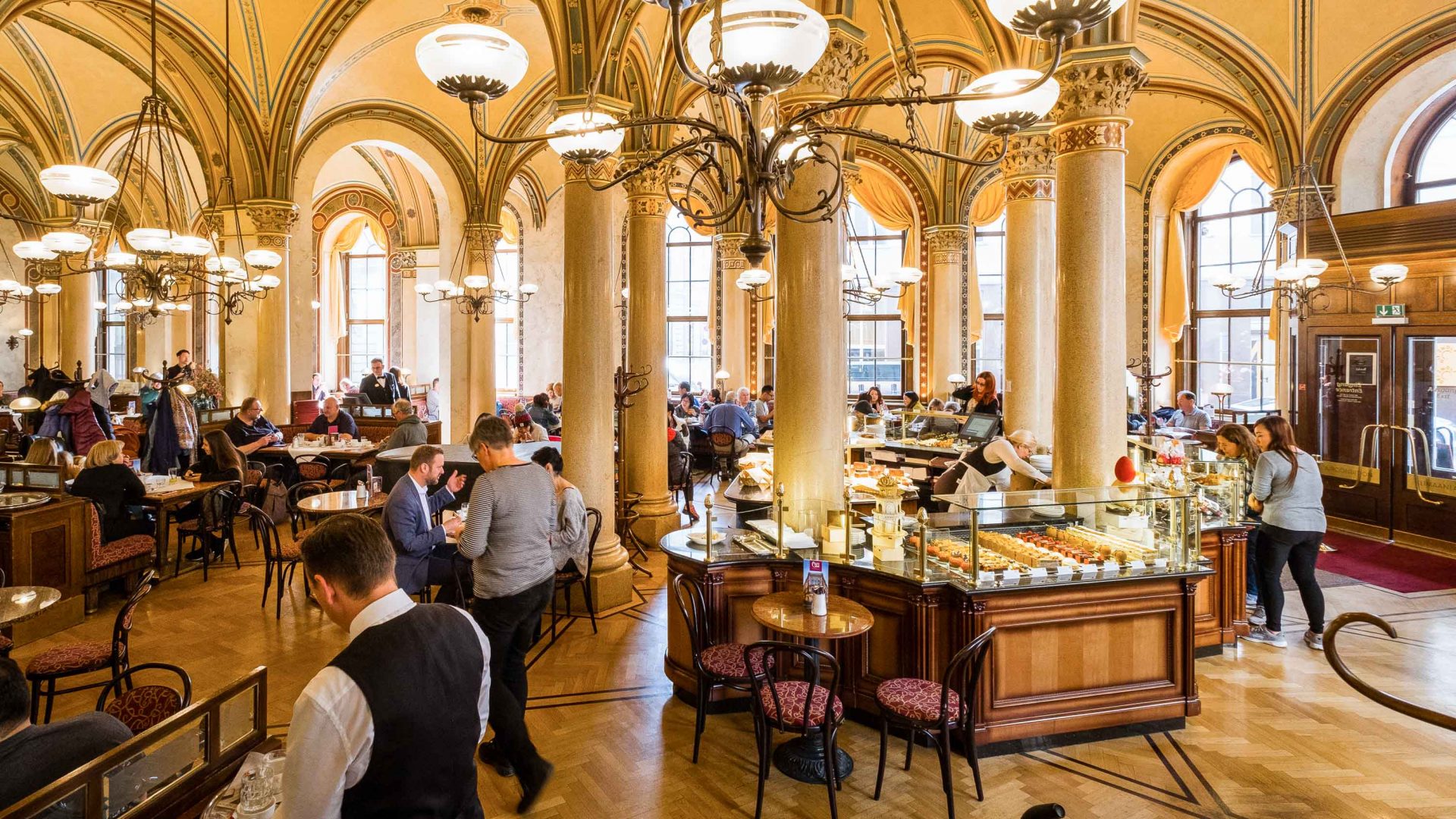 “Stefan Zweig once wrote that coffee houses are ‘a sort of democratic club, open to everyone for the price of a cheap cup of coffee, where every guest can sit for hours with this little offering, to talk, write, play cards, receive post and above all consume an unlimited number of newspapers and journals.’”

Swedes are big fans of a bryggkaffe (brew/filter coffee, often taken without milk). But one can’t claim to be a true coffee connoisseur without extensive knowledge of the many different ways coffee can be prepared. There are dozens of different varieties of Viennese coffee, from traditional styles to third-wave artisanal brews. You could argue that some ‘Viennese creations’ are suspiciously similar to varieties of coffee found elsewhere in the world, but there are also many which are wholly unique to the Austrian capital. Take the einspänner, a shot of strong espresso topped with plenty of whipped cream, named after the one-horse carriage which required just one hand, leaving the other free for holding a cup of coffee. Then there’s the Maria Theresia, a traditional Viennese recipe prepared from black coffee with warming orange liqueur and a dollop of cream. Not forgetting the verlängerter, an espresso with added hot water for when you want to prolong your espresso hit.

Some things just go together. And so naturally Vienna has a long tradition of baking some of the most decadent delights known to man. From cream-filled cakes and flaky pastries to slabs of chocolate cake slathered in shiny chocolate ganache, there’s a treat that caters to every sweet tooth. It’s no wonder cake was the first thing Viennese-born French Queen Marie Antoinette thought of when asked what the peasants should eat instead of bread. Try a sugared violet, the favourite sweet of the beautiful but tragic Empress Sisi, at Demel, once the royal patisserie; indulge yourself with a Buchteln – a sweet Austrian bun served with plum jam – at the iconic Café Hawelka; and have your cake and eat it at classy Hotel Sacher (the birthplace of Sacher torte – the aforementioned chocolate cake which is, perhaps, the most famous cake of all time).

This article has also been published in The Local: Austria.