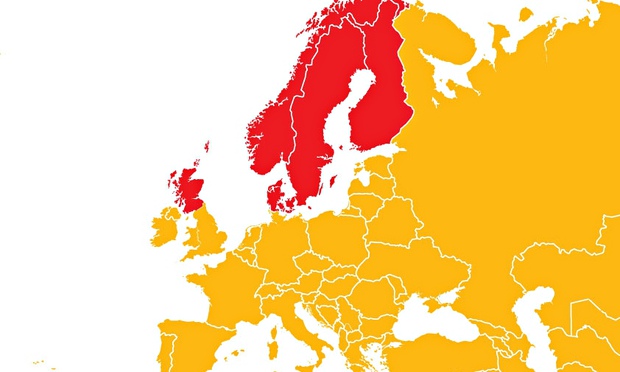 Small populations spread across large territories, long coast lines and a traditional dependence on maritime activities. The similarities between Scotland and Scandinavia are numerous…

All three of these nations are broadly comparable to Scotland, at least at first glance: small populations spread across large territories, long coast lines and a traditional dependence on maritime activities, including fishing and shipbuilding. Norway has an oil industry and they’re benign, non-belligerent, socially harmonious and prosperous social democracies. It is not only the Left in Scotland that applauds the Nordic model. Finland, Sweden and Norway all now have right-of-centre governments. Fraser Nelson, the Scottish editor of the far-from-left-wing London weekly The Spectator looks to Sweden for inspiration. Swedes show that the need not be a tension between free-market ideas and progressive ends. In Sweden, 10 per cent of the public health service is contracted out to private companies. Swedes also pay a fee to visit their GP.

Finland illustrates the strengths and weaknesses of small independent nations. For decades after the Second World War, it was almost entirely dependent on trade with the Soviet Union. And it thrived. But then the crash came. Its dependence on the Soviet Union meant that in 1991 its main export market disappeared almost overnight. The economy shrank almost overnight by 10 per cent. The Better Together campaign argued that Scotland, had it been independent, would have sunk under the weight of the near-collapse of RBS and HBoS. Sweden’s welfare model is little understood here. It is not generous to the unemployed. It is designed to keep people in employment, not to reward them for being out of work. The Scottish Government argues that it could, in time, start an oil fund. But the Norwegians have a 40-year start on us, and much, perhaps most, of the wealth that was there has now gone.