President Trump cancelled a planned visit to Denmark on Wednesday after the Danish government dismissed his plans to buy Greenland. CATHERINE PHILP explains why Trump wants access to the vast mineral wealth hidden under the island’s ice…

No, President Trump insisted, he hadn’t been joking when he asked his advisers to look at the possibility of buying Greenland. “Strategically, it’s interesting,” he said. “Essentially it’s a large real estate deal.” Greenlandic and Danish leaders reacted with astonishment. “Greenland is open for business, not for sale,” the Danish government responded. Trump’s talk of a real estate deal neglected to mention Greenland’s 58,000 citizens, who are already overwhelming in favour of independence from Denmark, which oversees its defence and foreign policy.

Yet President Trump isn’t the first American president to pitch such a sale, nor is he the only world leader eyeing up the strategically located island at a time of unprecedented interest in the Arctic. Greenland sits where the Atlantic meets the Arctic, an area where both Russia and China are increasingly active, both militarily and commercially, as rapid melting opens new shipping and mining opportunities previously buried under ice sheets. Harry Truman offered to buy Greenland after the Second World War for $100 million (today around $1.3 billion), an offer Denmark declined but granted the United States almost unlimited rights over the Thule airbase, a crucial link in the chain of defences against the Soviet Union. Despite Russia’s resurgent military ambitions, it’s the economic war with China that occupies Trump’s administration, and it’s China that’s the chief rival in the battle for Greenland. China has already signed up with Russia to develop its gasfields, hoping to incorporate this ‘Polar Silk Road’ into its ambitious infrastructure strategy. 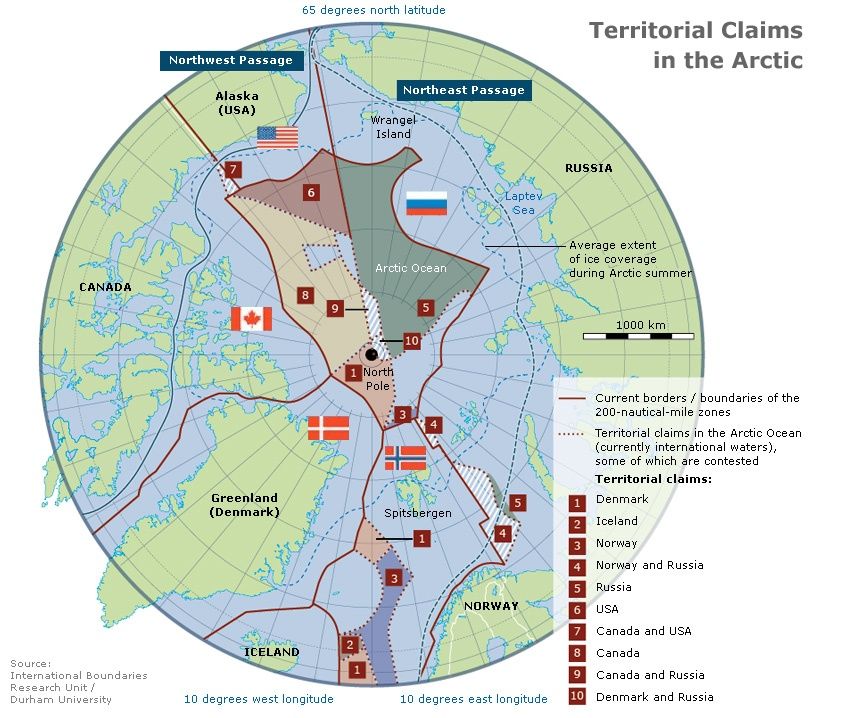 Greenland has large deposits of rare-earth elements used in technology for the military, electric cars and wind turbines. Until recently the minerals were inaccessible, blanketed by an ice sheet nearly two miles thick that still covers 80 per cent of the island. But Greenland has been losing 280 billion tonnes of ice a year since 2002, opening up its coastal areas to extraction. While it’s nearly impossible to put a price on the territory today, estimates have ranged from $1.1 trillion to $1.7 trillion, depending on its mining potential. China secured a near monopoly over the global rare-earth market when it arrived with an Australian company at the Kvanefjeld mine on the southwest peninsula. Under their plans, all rare-earth minerals mined in Greenland, where land is publicly owned, will be transferred to China for processing. As Trump’s trade war with China heated up this year, Beijing lobbed back a potent threat: if the United States didn’t back down on tariffs, China could put an embargo on the sale of rare-earth elements to American companies, presenting a national security threat.

Greenland is eager to do business with the highest bidder. Denmark subsidises the territory to the tune of nearly 5 billion DKK (£575 million) a year, some 60 per cent of Greenland’s budget, and has warned the island it will lose that if it moves towards independence. Greenland’s attempts to do business with China have caused friction with Denmark, nervous of upsetting the United States, its NATO ally. Copenhagen intervened last year to prevent China winning a contract to build Greenland’s three new international airports, claiming national security concerns. Far from rewarding Denmark, Trump is leaning on it. “We protect Denmark like we do large portions of the world,” he said arriving back at the White House from a ten day golfing holiday. Subsidising Greenland was “hurting Denmark very badly”, he added. “So they carry it at a great loss. And strategically for the United States, it would be nice”.

1853: Parts of Arizona and New Mexico bought for $10 million from Mexico

1903: Panama Canal bought for $10 million from Panama (since returned)

President Trump was due to head to Copenhagen next month to meet the newly elected Danish prime minister, Mette Frederiksen and Greenland’s premier Kim Kielsen. Among other matters, they were due to discuss Denmark’s NATO contributions, which President Trump would like to be higher. The sudden emergence of a proposal to buy Greenland, therefore, may not be accidental. Trump likes to think big, especially in real estate terms. It’s possible that he dreams of going down in history like President Johnson, who bought Alaska, or President Jefferson, who signed the Louisiana Purchase. In 1917 the United States bought Danish territory in the West Indies, renaming them the US Virgin Islands.

While it stands little chance of success, Trump’s proposal could press Denmark to stand firm against Chinese interests and allow the United States more leeway. However, it could, conversely, damage relations between two NATO allies and push Denmark and Greenland away from one another. Greenlanders have mostly reacted negatively to Trump’s suggestion, a painful reminder of their continued failure to secure outright independence for over three hundred years. It’s also a marker of the fact that their homeland is at the heart of a new battle for supremacy in the Arctic, where superpower competition is heating up as fast as the ice melts.