As rector of the Svenska Krykan in London, KATARINA BÄCKELIN not only organises the largest Scandinavian market in the UK, but a flock scattered from Brighton to Belfast…

Church attendance in Scandinavia may be declining, but its institutions still act as pillars of urban and rural communities alike. In London, a city home to almost ten thousand expatriate Swedes, the Swedish Church is an invaluable lifeline. Katarina Bäckelin is its figurehead. Rector for many years, she left the church, only to return when the pull of her flock proved too much to ignore.

“I love this parish,” she tells me in her office. “It is vibrant and caring, and I couldn’t live without it.”

Usually a bastion of calm, Bäckelin’s office was something of an operations HQ, as we met during the church’s Christmas market, an annual event that attracts up to six thousand visitors over the course of three days. Its provision of Swedish produce is impressive, and its café in upstairs both efficient and convivial. Naturally, many of the voices I hear are English, but the vast majority are Swedish.

“Third or fourth generation Swedes come to the market,” Bäckelin explains. “They may have a Swedish grandfather or great-grandmother, but they feel Swedish, so we make them feel at home.” 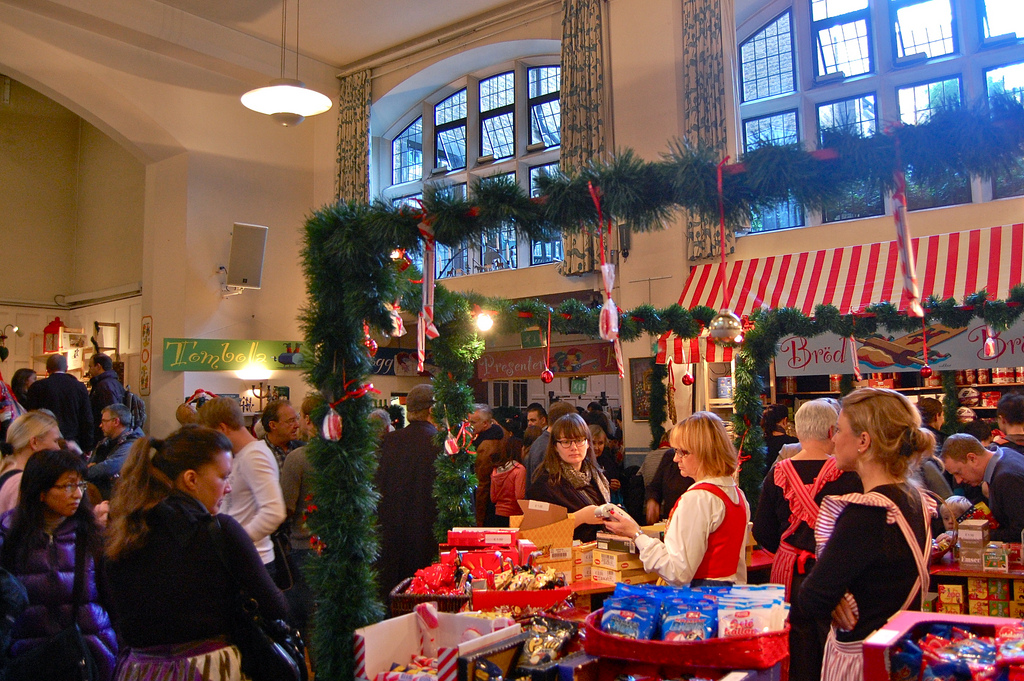 The market is the focal point of the community’s year, with over 150 volunteers, and Bäckelin tells me they are already preparing for it in January. But the church also organises celebrations in Brighton and, on St. Lucia’s Day, they hold a candlelit service in St. Paul’s Cathedral, attended by some two thousand people. Their church in Marylebone is now the only physical reminder of Svenska Kyrkan’s presence in the UK, though there are operations scattered across the country.

“In the old days we had a church in Liverpool, Hull and Aberdeen,” Bäckelin explains. “They were seafarers’ churches, so with the growth of the economy and the birth of the internet, they fell out of use. Now we can contact our congregation electronically we operate everything from here, with the chaplain and deacons touring to meet the various communities.

Such electronic simplicity is symptomatic of Swedish efficiency, and a sure sign of how the church embraces technology to adapt to the demands of modern life. With such a vast congregation, Bäckelin must, and certainly seems, to have a hold on it.