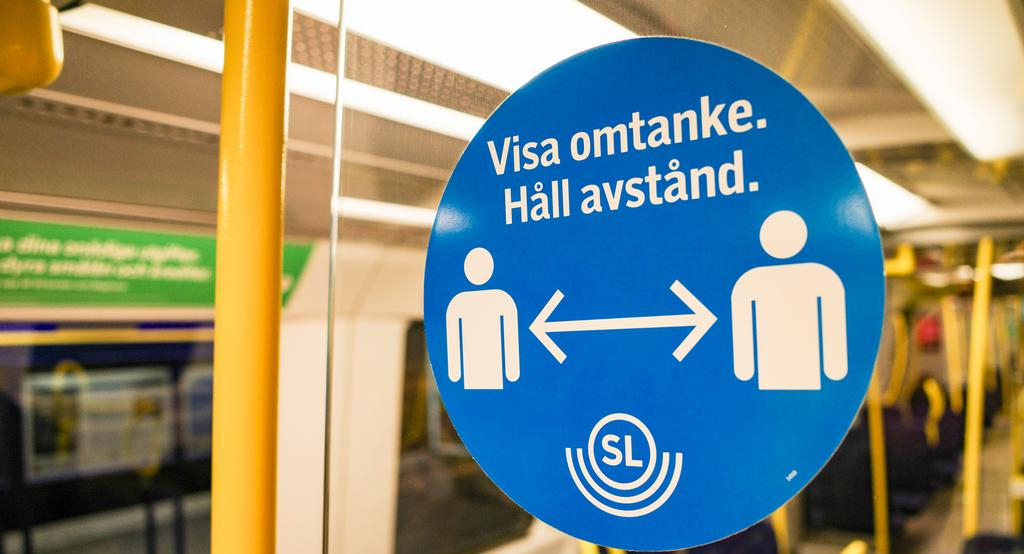 ALISON ALLFREY lived in Sweden for many years, and has just released a new book to help raise funds to assist with the delivery of vital equipment…

Why has Sweden ploughed such a different furrow to other European countries, or indeed countries across the world, during the Covid-19 pandemic? The extent of their different stance is partly perception and partly reality. For much of the rest of Europe has a longstanding fascination with the Swedish model, be that through education, lifestyle or public finance, so its position now has attracted significant attention and not always been represented accurately. In fact, senior schools and universities remain closed, people have been asked to work from home where possible, public gatherings of over 50 people are banned and the over 70s have to stay at home. So it’s not as wholesale or cavalier as we might suppose, but it is markedly different from our own situation. Having spent three years living in Stockholm, much of the Swedish approach doesn’t particularly surprise me. This is a country founded on pragmatism, self-sufficiency and humility. It is far from lofty rhetoric. Swedish lagom ensures that, because everything is in proportion and pared back. So, faced with a pandemic which has set public health and economic fate at loggerheads, Sweden appears to have struck some sort of balance, whilst Britain has been “guided by the science” in an almost myopic way.

Old people have a tough time in Sweden. As you enter your seventh, eighth, ninth decade of fending for yourself, things don’t get any easier in the face of the harshest of climates and the continued belief that you must fight your own battles, and perhaps this gives people an acute awareness that they are not immortal. Some of Sweden’s elderly have voiced opinions that they have had a long life and that it’s crucial that the country’s future isn’t jeopardised. These subjects are incredibly sensitive and difficult to debate, but it strikes me that Sweden is a successful country because it is the sum of its parts, and those parts are self-sufficient, resilient and take responsibility for themselves. A far cry from the nanny state many feel Britain has become, though its personal response to the virus has shown an extraordinary depth of community spirit and altruism.

“Sweden’s elderly have voiced opinions that they have had a long life and that it’s crucial that the country’s future isn’t jeopardised.”

Furthermore, Swedes are spare with their language and social interaction, as well as having a vast land mass and naturally widely spread population. So social distancing is slightly inherent to the way of life. Walking down a main Stockholm street, you do not feel cramped or overwrought with humanity – quite the opposite. So when the government claims that its Covid strategy derives strength from being sustainable – “I feel confident in the overall strategy. One reason that we have chosen this strategy, and where we have supported the agencies, is that all measures have to be sustainable over time,” Prime Minister Stefan Löfven – this rings true. Meanwhile, Britain is in a tangled knot of social, employment and economic prerogatives as it tiptoes towards a partial easing of the lockdown. And this, because we have staged a full lockdown, rather than Sweden’s partial lockdown.

Sweden has not escaped the impact of the virus, though. During the first week of April, 25,230 Swedes registered as unemployed, a larger increase than during the financial crisis of 2008. And its death rate has far exceeded that of Denmark or Norway, with 2,769 deaths from 22,721 confirmed cases (source: ECDC, WHO), versus 493 from 9,670 cases in Denmark. 208 from 7,847 cases in Norway and 28,734 from 190,584 cases in the UK. So the UK tops the table with a 15% death rate from confirmed cases, versus 12% for Sweden, 5% for Denmark and 2.6% for Norway. Economic forecasts abound, but many predict that Sweden will pay as high a price as some countries who enforced a stricter lockdown as its export dependent economy suffers, whilst others including JP Morgan forecast a lesser contraction for Sweden than the rest of the euro area. This will play out in the months and perhaps years to come.

Economic forecasts abound, but many predict that Sweden will pay as high a price as some countries who enforced a stricter lockdown … This will play out in the months and perhaps years to come.”

But we will continue to wonder why Sweden felt so confident as to take a markedly different path in this crisis. Whilst Britain rightly browbeats over social disparity and the need for better pay and employment practices for many key workers who have kept Britain’s health system and other critical functions afloat, Sweden knows it has truly robust employment and benefit systems. Equally it has one of the best provisioned healthcare systems and longest life expectancy in Europe, not to mention an incredibly fit population.

It’s true, also, that the approach of large countries has contrasted with that of small countries. Take New Zealand, which imposed the strictest of lockdowns and completely closed its borders in mid March, resulting in there being no new cases of the virus as of 4th May. Take Austria, which has made a point of learning from other countries and taking a humble approach – “We’re a small country, but we can learn from everybody and we do not think that we know everything. There is an inborn arrogance of large countries who think no other country is like them . . . small countries tend to learn much more from each other. We are much more open, to looking right, left, up and down,” (Antonella Mei-Pochtler, key adviser to the Austrian government).  So maybe smaller countries have more margin for manoeuvre, are more nimble, can be truer to themselves. For as lockdown continues and debate rages as to what comes next, Britons may start reacting against a government which has bamboozled us with key messages, whilst Swedes may feel more content with a government which has treated them like adults?

ALISON ALLFREY is the author of C is for Covid: The Highs and Lows from A to Z. Buy the book here.