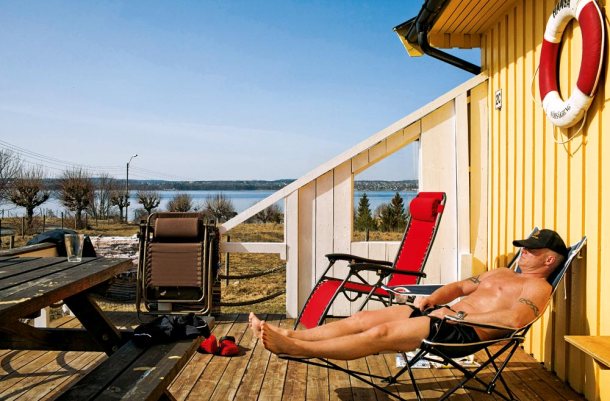 Bastøy, a tranquil island just south of Oslo, hardly seems like a prison. But with a 16 per cent reoffending rate, it certainly seems to work. There must be a reason, then, why we’re we not building similar prisons in the UK…

Seventy five kilometres from Oslo lies a small island around 2.6 kilometres in size. Horses walk up to a clustered group of wooden huts surrounding a church and a tractor cuts a small path through a meadow of hay. It’s a quiet and peaceful island. But this is no holiday retreat. It’s Bastøy Prison, home to murderers, rapists and paedophiles serving the final years of their sentences. It may not seem like your average jail, but with a re-offending rate of just 16 per cent, compared to a European average of 70 per cent, it certainly seems to work.

Bastøy’s current incarnation took shape in 2007. Before that it was a hard-line, all-male, traditional prison. The 2010 film King of Devil’s Island (Kongen av Bastøy), set on a war-time Bastøy, shows you just what life used to be like. Though the current Bastøy is but ten years old, Norway has been progressive in reforming prisoners’ rights for decades. Capital punishment was abolished in 1902 and life sentences in 1981. Norway has never placed more than 0.12 per cent its population behind bars (in 2014 it was just 75 per 10,000 people, compared to 707 per 10,000 in the USA), and 90 per cent of sentences last under a year.

Norwegians were early converts to the idea that prisons are for education, not incarceration, and Norway’s re-offending rate now lies at just 20 per cent; striking when compared to the 70 per cent re-offending rate in England and Wales. Norwegian taxpayers are even happy to pay prisoners at Bastøy. Inmates earn around 54 NOK (£5) a day (on top of food benefit) for jobs that include cooking, cleaning and manning the island ferry. They save it for when they’re released or spend it in a subsidised mini supermarket. The 115 inmates are divided into huts of around ten people, fully equipped with kitchens and televisions, and there’s also an island gym. Of course, though, however easy it may be to get out, reminders that this is still a prison persist. The internet is censored, visiting times apply, and there is a visible police presence on the island, though there are never more than thirty five uniformed guards at any one time, none of them armed, and only four after 4pm.

Bastøy’s re-offending rate is even lower than the national Norwegian average, at just 16 per cent. But, though it certainly makes sense at first glance, it would be impossible to just build Bastøys all over Europe. Norway’s population is tiny. A mere twelfth of the UK’s in fact. There are around 84,000 prisoners in Britain, compared to only 4,000 in Norway. And, unsurprisingly, Norway’s benevolent welfare state makes funding considerably easier. With each prisoner costing the taxpayer up to £40,000 per year, UK authorities often struggle to find the resources. Despite Norway’s relative cultural and economic uniqueness, however, the fundamental principles of their system: education and rehabilitation over punishment and revenge can, and must, be extracted. We may not be able to replicate their system block by block, but with some strong political courage, we can at least go some way.