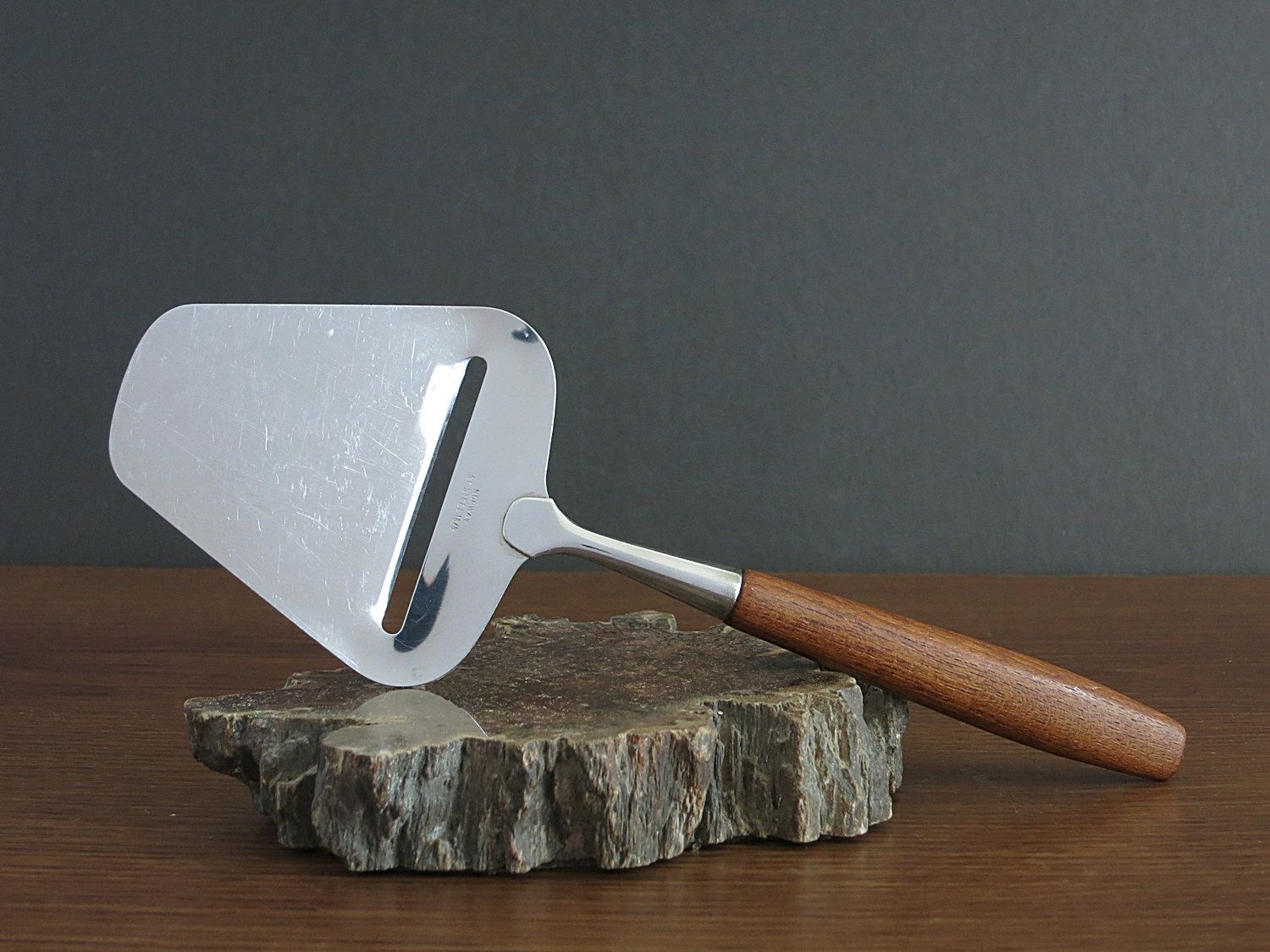 This world-famous Norwegian invention was patented in the 1920s by designer Thor Bjørklund and is still an indispensable kitchen classic. It creates curiosity and is often an ice breaker for lighthearted conversations. Perfect to squeeze into already fully packed hand luggage. The cheese slicer was invented in 1925 by the Norwegian carpenter Thor Bjørklund (1889-1975). He was irritated that he couldn’t get good cheese slices with a normal knife. Thor had the idea for a cheese slicer since he had tried different tools in his workshop to cut the slices he wanted and one of them worked particularly well – the planer. The cheese slicer went into production in 1927 in Lillehammer and since then the factory has produced more than fifty million cheese slicers. However, with the production model used in the first few years it took an hour to complete the approx. 60 steps required to make the cheese slicer.

Ever since the original patent was registered in 1925, the design of the cheese slicer has not changed in principle. No major adjustments have been required since the slicer is designed to suit many types of cheese and it has worked well from the start. Despite Thor’s patient, competitors soon started to manufacture copies, which resulted in a few legal disputes. Thor thought trying to keep competitors at bay would waste time and resources. Instead, he focussed on making his cheese slicer stand out though quality, better production methods and a good price. Today, Gudbrandsdal Industrier runs the business since Thor Bjørklund & Sønner AS went into administration in 2009 and Gudbrandsdal bought the bankruptcy estate.